Twist and shout was the fourth puzzle from Creative Crafthouse that I bought while in Death Valley. When I saw this, it reminded me of the Ten Billion Barrel puzzle, that I had as a kid, and really just had to buy it. In truth, this is closer in type to the Babylon/Ivory Tower puzzle or a Whip It puzzle. 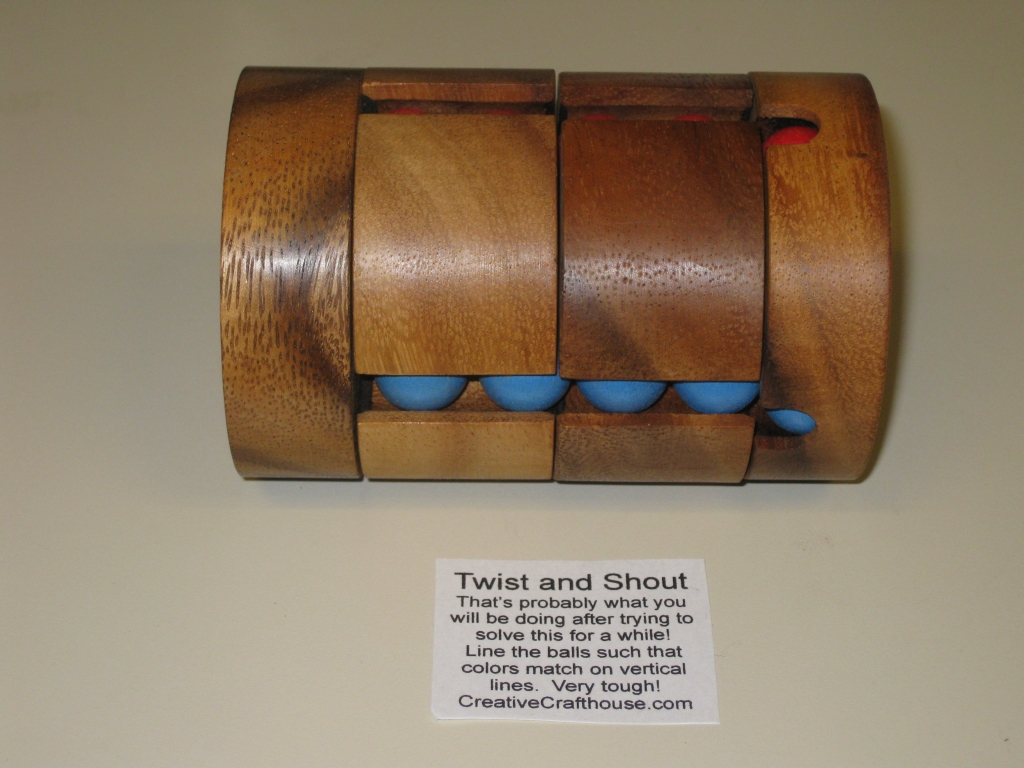 Twist and Shout by Creative Crafthouse

The object of the puzzle is to jumble up the coloured wooden beads, and then restore the puzzle back to its grouped coloured columns. Much easier said than done, given the number of possible combinations. There’s no solution provided, as the puzzle comes ‘solved’ but once it’s messed up … well that’s up to you to fix it! There’s four columns of five coloured balls and six rows if you count the top and bottom of the puzzle. Red, Yellow, Blue and Breen painted wooden balls are held in the columns making it stand out as the colours are very vibrant.

Unlike the Ten Billion Barrel puzzle, you move only one ball at a time, when it drops into the spare space at the bottom, so the number of balls in play at any one time is much more manageable (10 at a time for Ten Billion Barrel!) 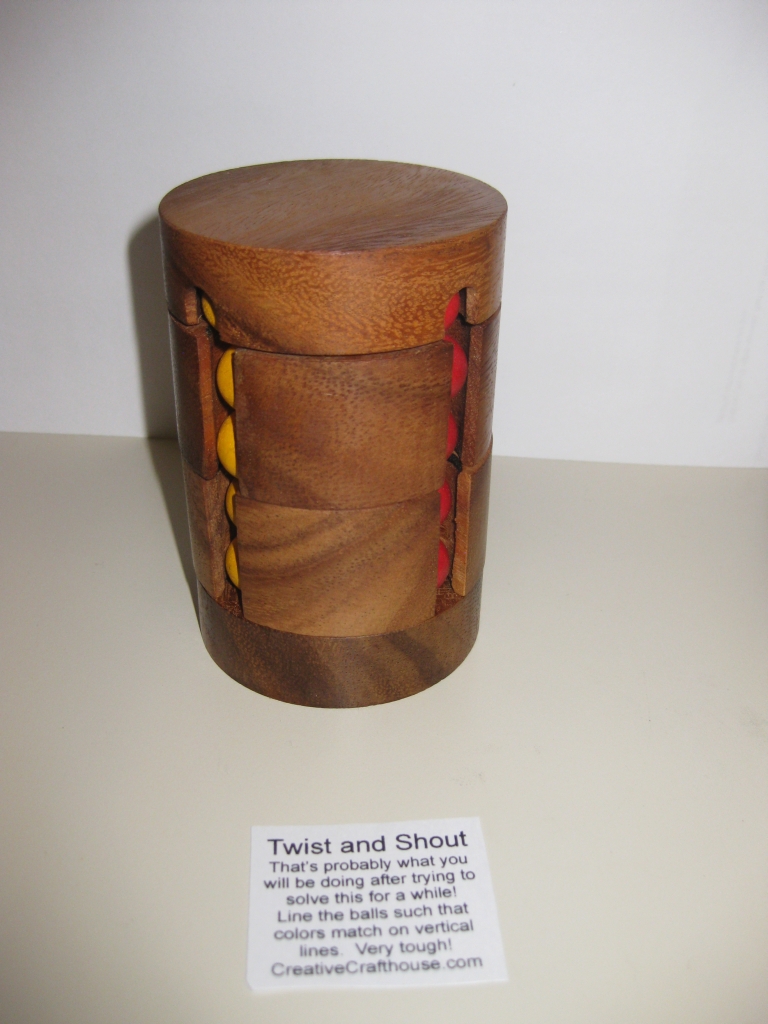 I have to say this is a really well made puzzle. I don’t know what wood has been used, but the grain shows some wonderful detail, and the movement is very smooth. There’s no screws in the puzzle, and it’s made from solid pieces of wood. I have to assume that there’s a wooden dowel in the centre which is glued in during assembly. It means you’re not going to be unscrewing the puzzle to solve it, and there’s no stickers on the pieces, so no cheating there either!

Overall, this is a really well made puzzle, and well worth the small price tag that Creative Crafthouse is asking for it. There’s just something about a wooden puzzle that makes it so much more appealing than a plastic version, so in my book, this wins out over the other plastic versions which are available.