When I won the auction on Puzzle Paradise recently for the Stickman Box #2, Robert was kind enough to throw a small extra into the package when he shipped it to me. He didn’t mention what it was, only that he’d include a little extra for me to pass around at Puzzle Parties.

When to package arrived, I found buried amongst the packing peanuts a Karakuri Small Box #1. 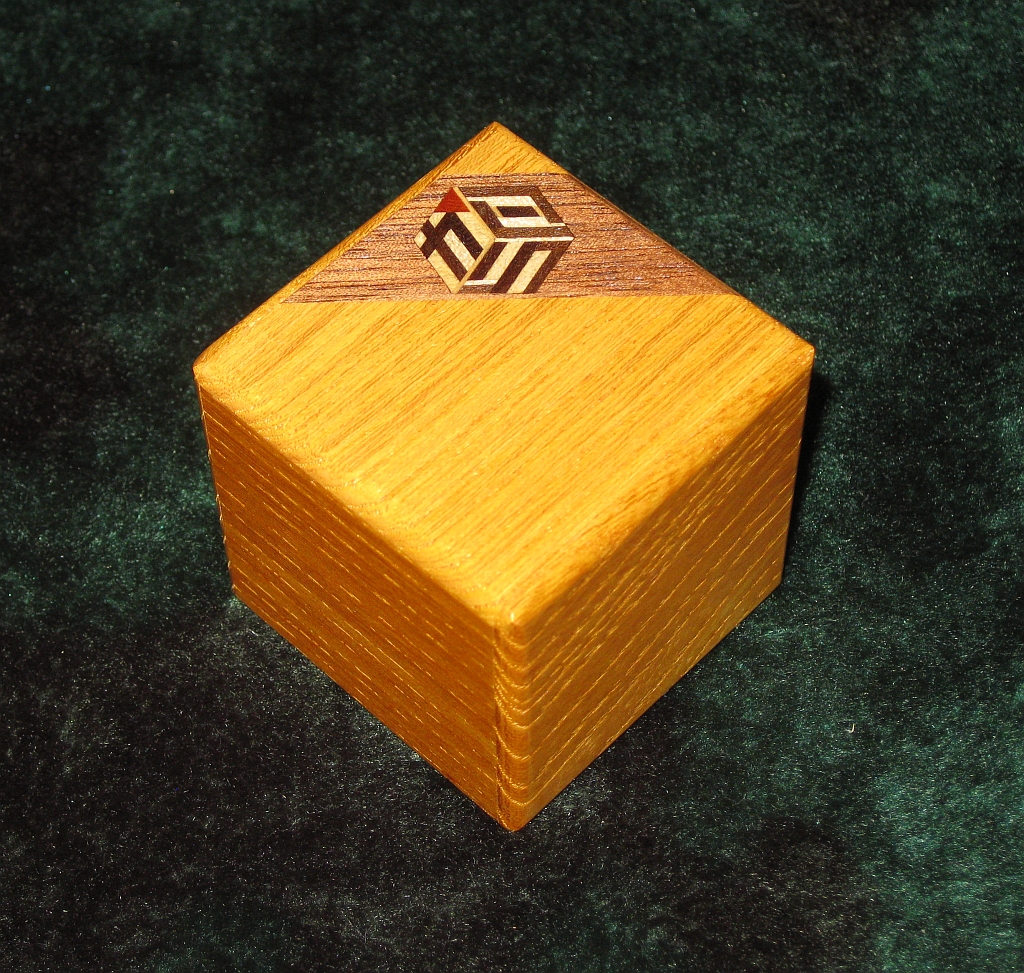 This should be a really simple box to open. The information from the Karakuri group themselves is “At first, we produced around 10 works through trial and error to create “Karakuri Small Box Series”. This was the most popular work among those works. If you know the solution, you can open it with only 3 moves. But, almost no one can open it without knowing the solution. We named it just “#1″, so we wouldn’t give you a hint with the name.”

I have to agree, that this is a tough little box. It took me around 20 minutes to open over several weeks messing with it for a few minutes each night before I went to bed to open it. The solution is really simple, but only the first move is obvious. After that two clever little tricks are used to make opening the box a little harder.

I really like this box, and it brought a smile to my face when I finally opened it. The Karakuri small boxes are a great way to get an affordable Japanese puzzle box that not only looks good, but has enough of a challenge to slow you down.

These can be bought from a number of sources including directly from the Karakuri Creation Group or through Puzzle Box world or Puzzle Master .