Get Charged is a trapped object puzzle made by Bits & Pieces where the object is to remove the spark plug from its wooden cage. Two steel rods prevent the plug from being removed through either side, and the plug itself is just too long to be slid out, despite the hole in the top which might make you believe otherwise. I received my copy from Puzzle Master. 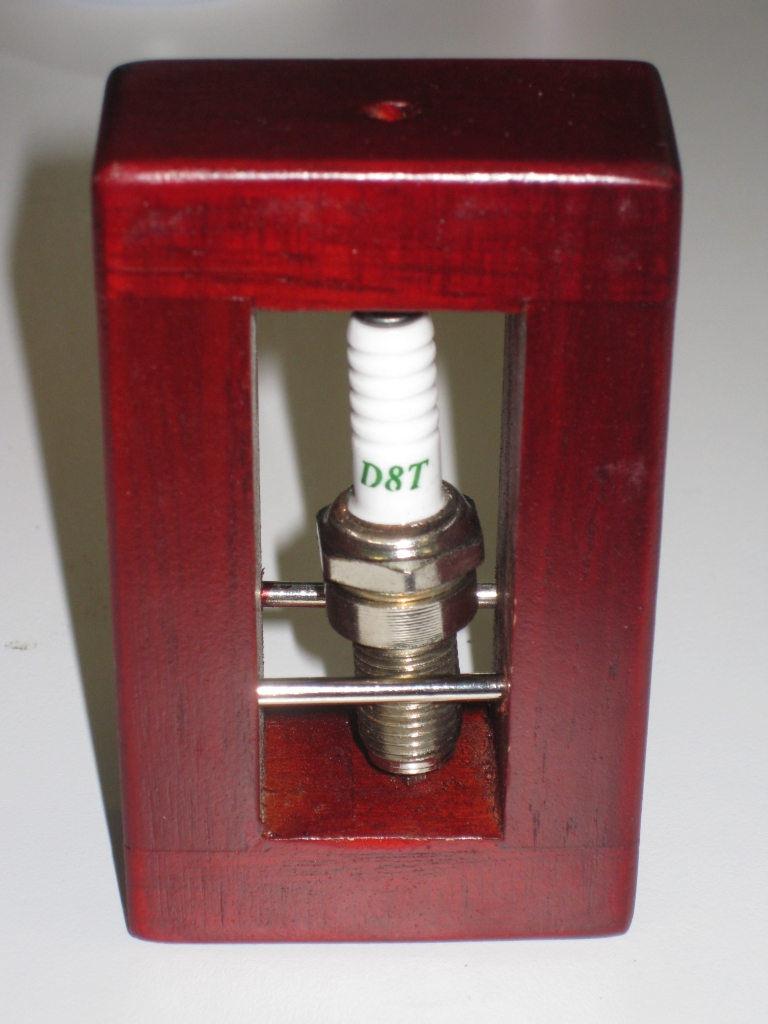 Get Charged in the start position

Spurred on by my recent success with the quality of Akio Kamei’s Book Box which is also from Bits and Pieces, I was in high spirits that I’d have another well made puzzle. At first glance, as you can see from the picture above, it does look like a well made puzzle. Measuring 3.75″ x 2.25″ x 1″ and sporting a shiny new spark plug, it looks like a nice puzzle.

It arrived in the usual plain white cardboard box, but when I opened that the puzzle was tightly bubble wrapped, and I was thinking that things were looking good. Sadly when I removed the bubble wrap, I was a little disappointed. 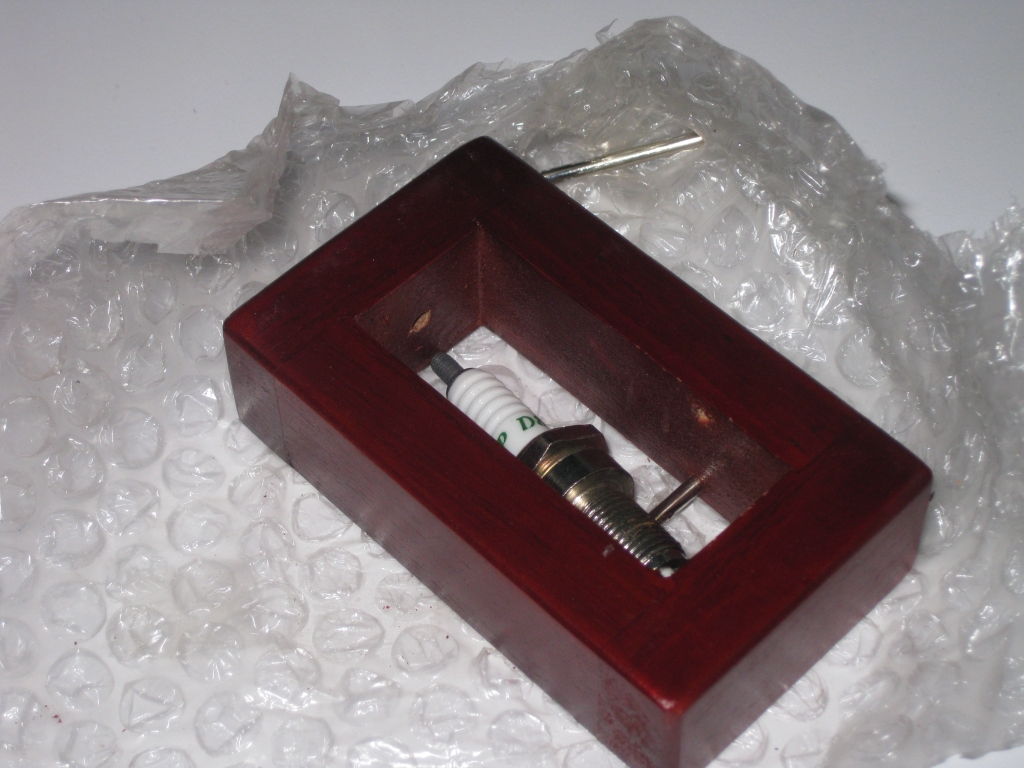 Unwrapping the packing, the spark plug was free, and one of the pins stuck in the corner of the bubble wrap.

This is what I found when I opened the packaging. Sadly the puzzle was already in the solved state, and before I could play with it by returning it to the starting position, I had to solve it to reset it. I’m actually being a little generous with the photo here, as when I took the puzzle out of the bubble wrap, the second metal bar was stuck inside the bubble wrap and I didn’t find it until I re-checked all the packing, having tried to figure out why the spark plug lifted straight out of the frame, and there were two holes which did nothing in either side of the frame. Given that this is a simple puzzle, and I pretty much knew how it was going to work before it arrive it’s not that much of a problem, but it was rather a shame.

Unfortunately, that’s not my only problem with this puzzle. Unlike the picture on Puzzle Master’s page, the joinery here is pretty poor. Rather than the nice half mortice, we have a butt joint, which works but has no strength. Also the puzzle has been badly slathered in a red paint, and not sanded prior to painting, meaning there are lots of burrs on the inside of the frame, and some sloppy excess paint in there too. Ok, it’s not an expensive puzzle I hear you cry, but it really doesn’t take much more effort or cost to finish the puzzle slightly better. 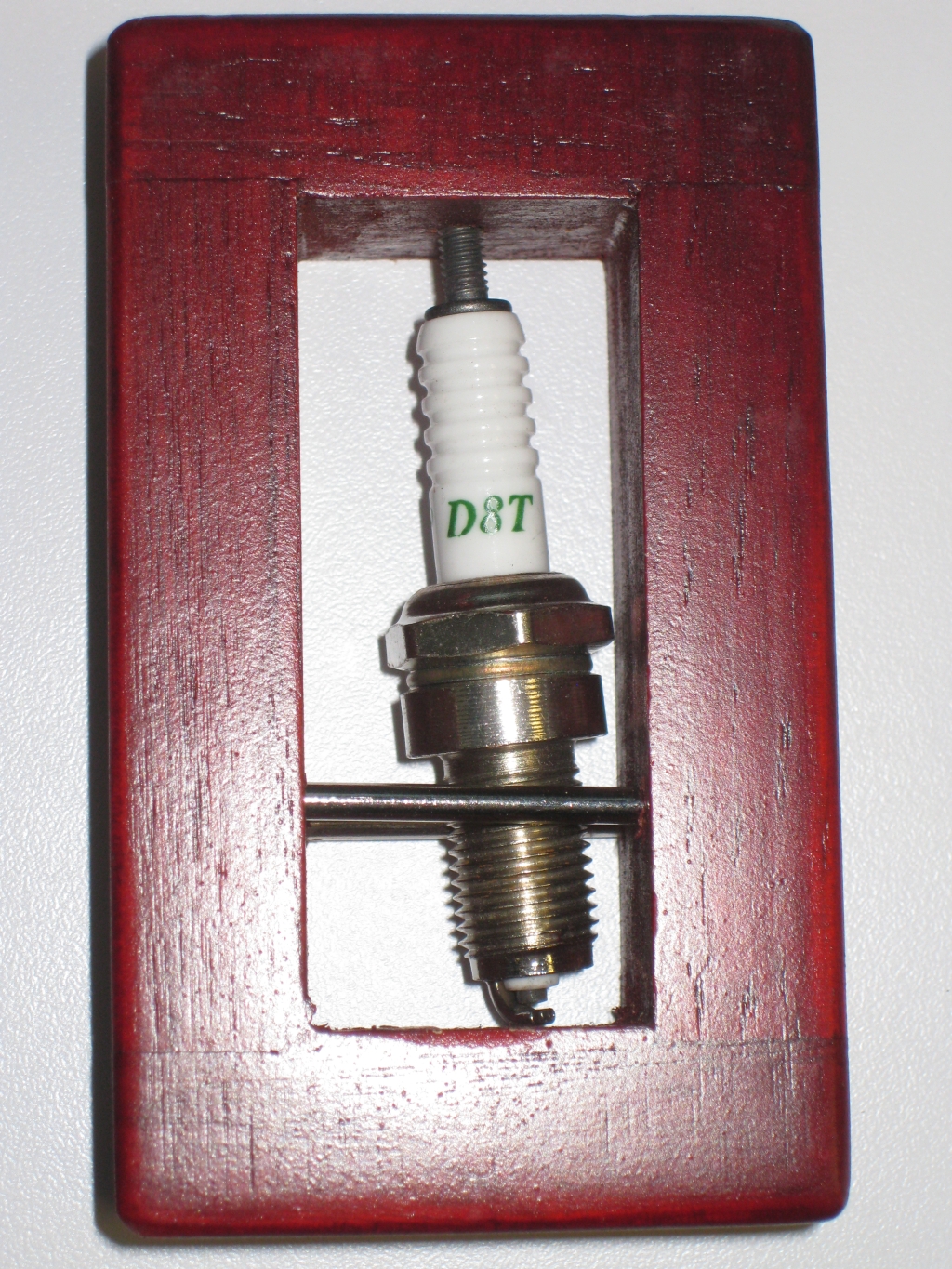 Drilling straight is not easy 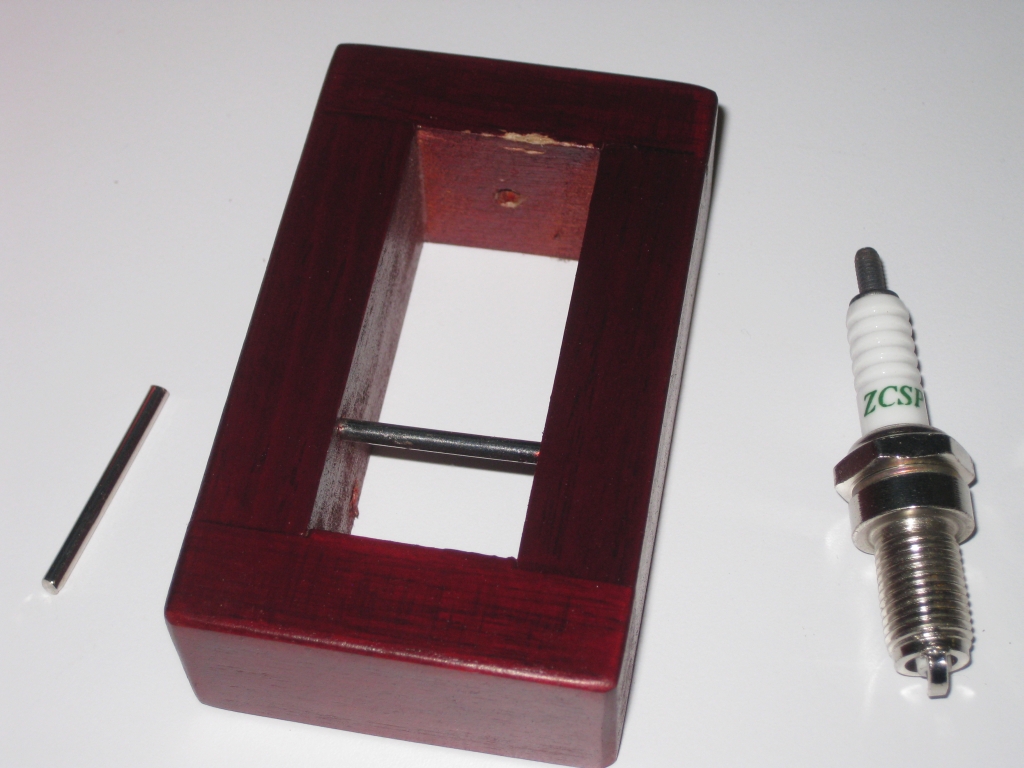 Also the metal bar which prevents removal of the spark plug has been drilled into the frame badly, meaning that it’s squint. It doesn’t affect the operation of the puzzle any, however my OCD for things being straight and parallel really screams at this minor thing. You’ll also see that the frame has been damaged at some point after being painted. That’s just carelessness when the puzzle was being put together.

The puzzle does come with a solution sheet, however I don’t think it’s a particularly well written solution. I doubt you’ll need it though.

So gripes aside, this is a simple puzzle, with a fairly well known mechanism that won’t keep an average puzzler stumped for long. If you’re trying to introduce someone to the world of puzzles, this is a cheap way to show them this style of mechanism, and the puzzle will take some abuse, without you being too upset if it gets a little scratched up. There are better versions of this puzzle available, but depending on who you’re getting it for, this may be an option for you.

1 thought on “Get Charged”