So little has changed with the state of my own puzzle, with many other jobs needing done, I’ve not had the time to work on it. However here’s a review of Vinco’s Cross box instead. 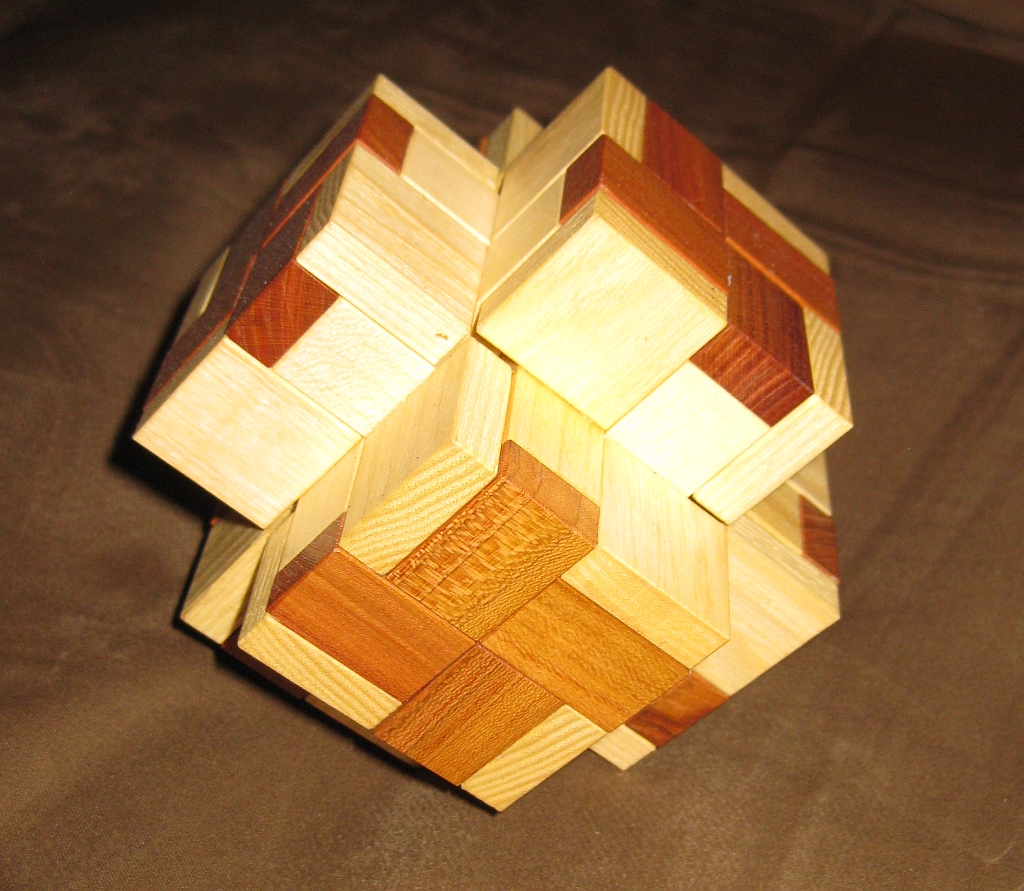 If you’re not familiar with Vinco, these are mostly wooden puzzles made by Vaclav Obsivac, who is generally regarded as the master of coordinate motion puzzles. As you can see from the photograph, the work is superb. These are beautifully made wooden puzzles, which for the most part are composites of many different woods glued together to make the puzzles. One of the things that I hear most often about these puzzles is that people think they must be very expensive. The craftsmanship is excellent, and they carry an air of quality about them. The truth is that they are not that expensive, with each piece being less than $50 on average.

Cross Box, is made from six identical pieces which require a coordinate motion to assemble and disassemble. When I first got this puzzle, it was very tight. The finish used had left the pieces very slightly tacky, and to take it apart, I had to get my fingers inside the puzzle, and pull with significant force. After it was taken apart once, the motion is much smoother, and it now almost explodes when you slide the pieces apart. 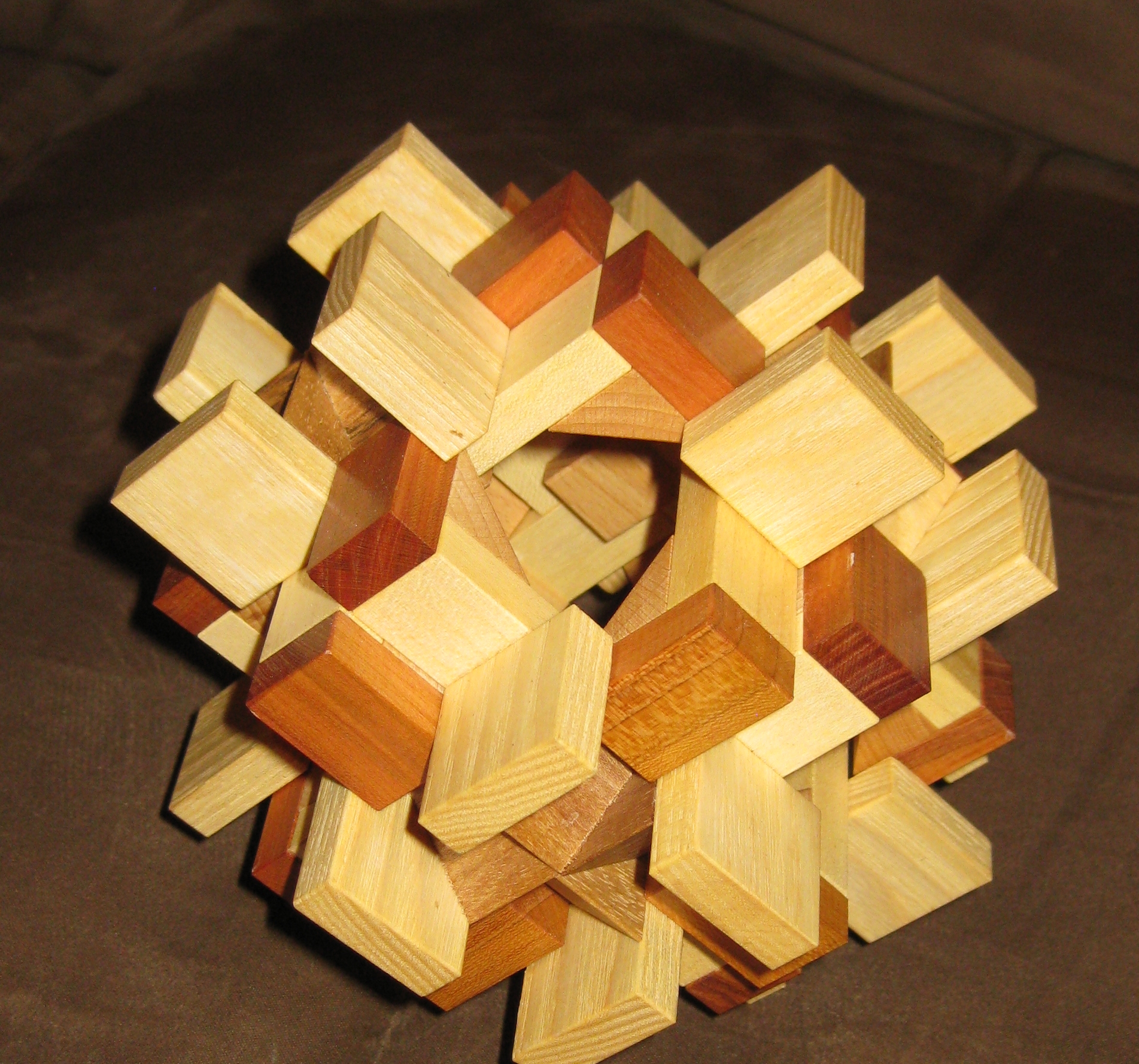 Almost opened to the point of collapse

As you can see, when the puzzle starts to come apart, it increases significantly in size. Each piece sliding against four others to create the puzzle. This isn’t particularly difficult to put together, and only took me a few minutes. The shape is fairly stable with a couple of the sides in place, and it makes it possible to work without needing a jig or rubber bands to hold everything in place as you put it back together.

Overall, I really like this piece. It’s a great show piece, and when you take it apart, people seem quite amazed at just how much bigger it becomes. Well worth adding this or any other Vinco to your collection.

I bought this from PuzzleMaster who carry a selection of Vinco’s puzzles.