This time I have a review of the four Karakuri Cake Boxes, 1 through 4. I picked these up from PuzzleBoxWorld.Com a family run business specialising in puzzle boxes.

I am already a member of the KaraKuri Club, however these were at a good price, and I can’t really say no to adding new puzzle boxes to my collection.

Each box is an inch wide by 2 inches long, so none of these are big boxes, and by Japanese measurements would be considered as 2 sun boxes.

In general all the boxes are superbly made, and each has it’s own unique opening mechanism, making all of them worth having. None of them are difficult to open, requiring no more than 3 moves, so I had each of them open in less than a minute. If you like this style of puzzle, then I’d say they’re worth picking up, but don’t expect them to challenge you. 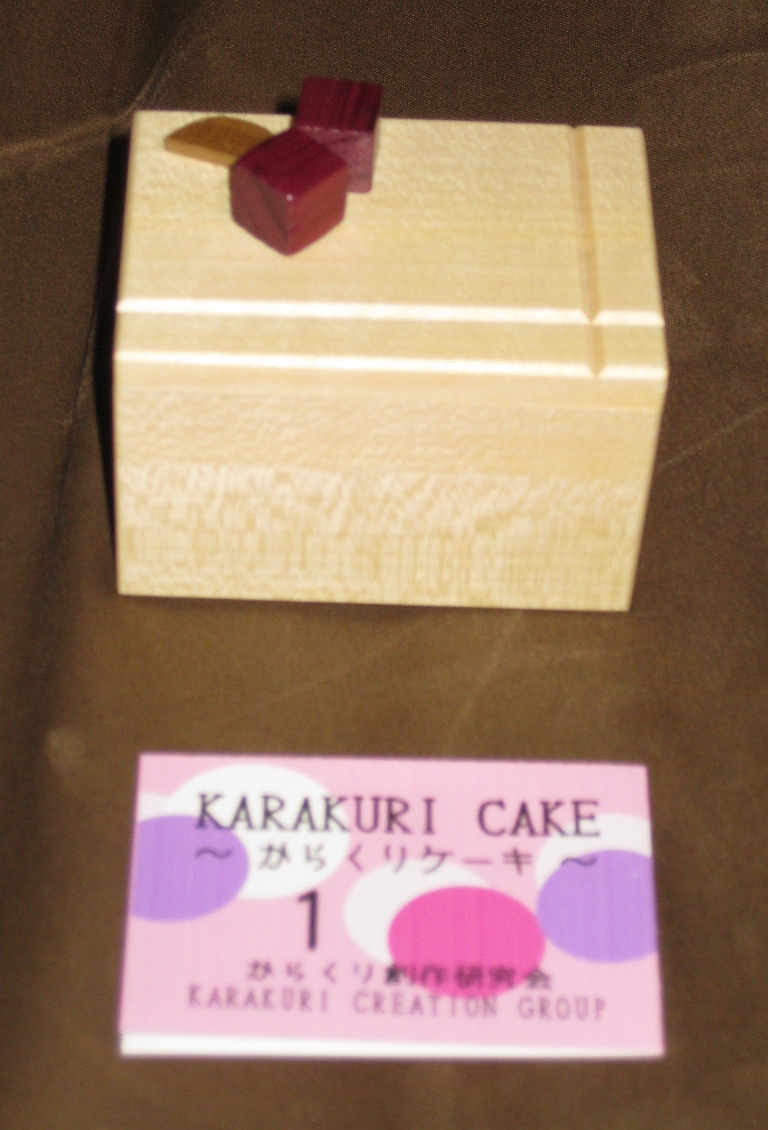 The first box entitled “Cheese Cake” is what I would consider the most ‘standard’ of the boxes to open. It follows the usual pattern of sliding end panels, and is fun for it’s design more than it’s solution. 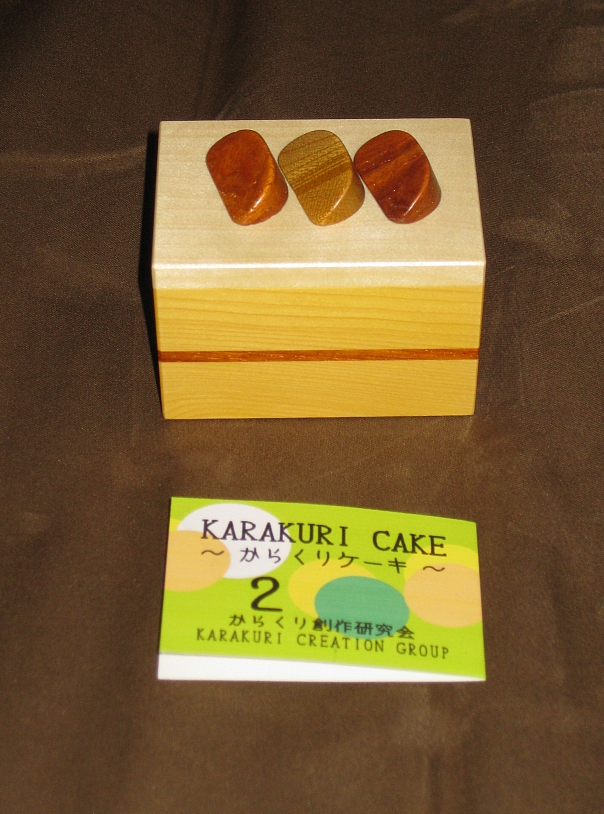 The second in the series entitled “Fruit Cake”, and it’s easy to see why, is a little unconventional. At first, the lid will move a millimetre and no more. There seems to be nothing else which moves, and it leaves you wondering. After a short time exploring, you’ll come across the solution. It’s not a standard puzzle box, but does follow a fairly simple locking mechanism that is well enough hidden to keep people guessing. 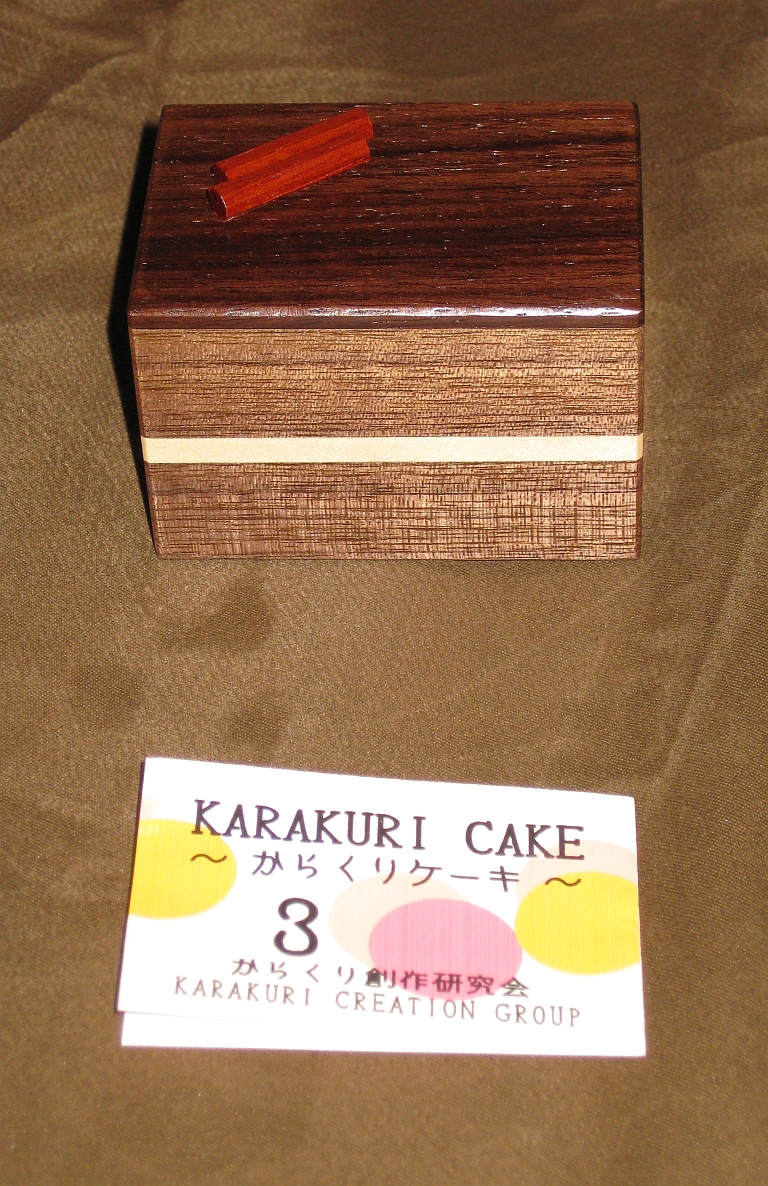 Number three in the series is entitled “Chocolate Cake”, and judging by the dark brown wood used, it would be a fairly rich cake at that. No huge surprises here, it’s pretty standard and won’t pose any real challenge to someone familiar with puzzle boxes. Again more fun for its looks than the challenge. 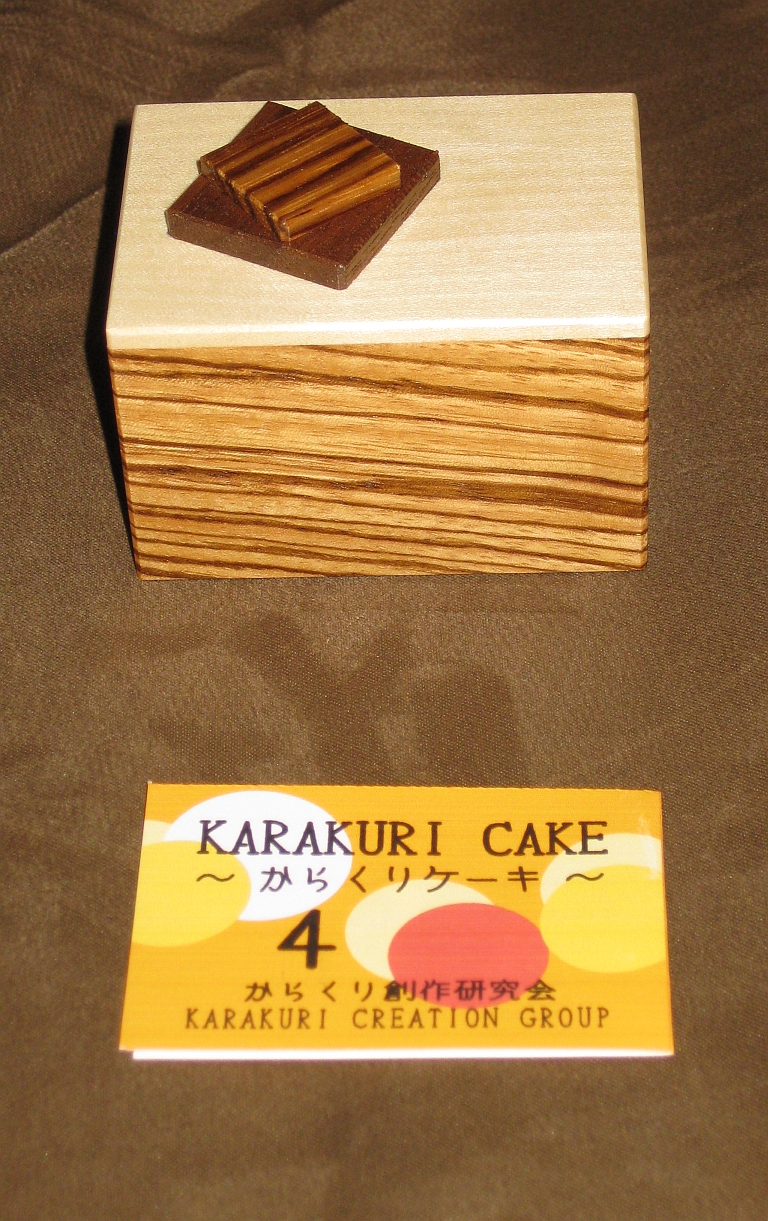 Finally we have “Marble Cake”. The Zebra wood used in this box giving it it’s distinctive look. This one had me stumped for the longest time. When you’ve been looking for and finding sliding panels, to find that none of the panels on this box move at all tends to throw you off the solution. I think this is my favourite of the four just because of the mechanism used. If you were only to buy one, I’d make it this one.