Tier Box is a Japanese style sliding panel puzzle box with a few unique touches, designed and made by Eric Fuller back in September 2009. The 18th marks its two year birthday, so I though it appropriate to add this review today.

The box measures 3.2″ cubed and is made from Quartersawn Bubinga for the outer panels, and Quartersawn Paduak for the internal panels. Along with that there’s a few magnets and some metal pins thrown in for good measure. 14 moves are required to open the box to reveal the space inside, and the same again to close it. Despite opening it fairly quickly, I must confess, it took me many more than 14 moves to close this one back up!

Eric has this to say about the box:

I am very happy with the results of this, my latest puzzle box. The design originates from a sketch I made in Chicago sometime during IPP23. It combines several ideas I have been wanting to implement in a sliding panel puzzle box. The solution requires 14 moves, but those moves are anything but straightforward and are at times downright devious. I had the pleasure of watching many puzzlers attempt to solve it during the course of IPP29, so I can say that difficulty wise it’s a nice 15 minute solve for most puzzlers, with several ah-ha’s to spice things up. Fully understanding the interactions between all the panels will likely take quite a bit longer. 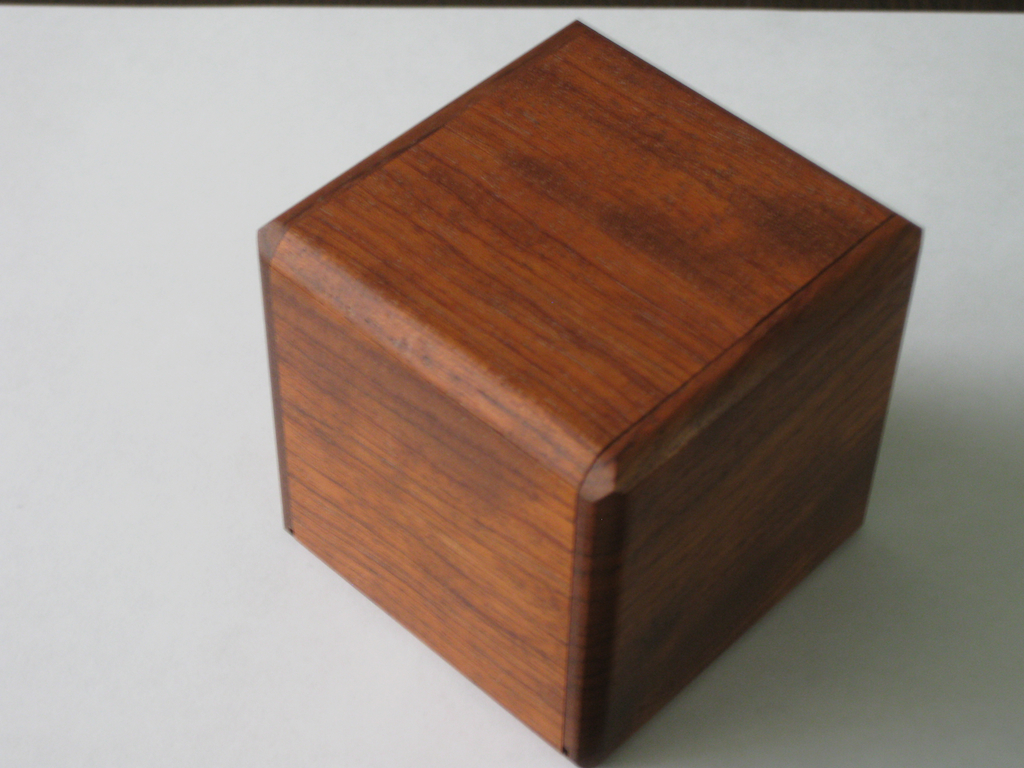 Tier Box in its closed state

There were only 34 copies of the box made, so I have to once again thank Derek for lending me his copy to puzzle over. It’s a fun box, and very solidly built. As Eric notes himself, fully understanding the interactions of all the panels certainly does take some time. I was able to open the box without too much trouble, finding it a fairly simple progression from one step to the next. Closing however was not the same story. I probably spent around 5 minutes opening the box, and well over 20 closing it again. At one point I thought I was going to have to give it back to Derek open as it didn’t look like I could figure out how to close it!

So from that experience it’s a challenging little box. The panels interact in interesting ways with each other, and the only way to truly say you’ve solved it is in understanding all the interactions. Despite the pins being around 1/16″, they really do get in the way! 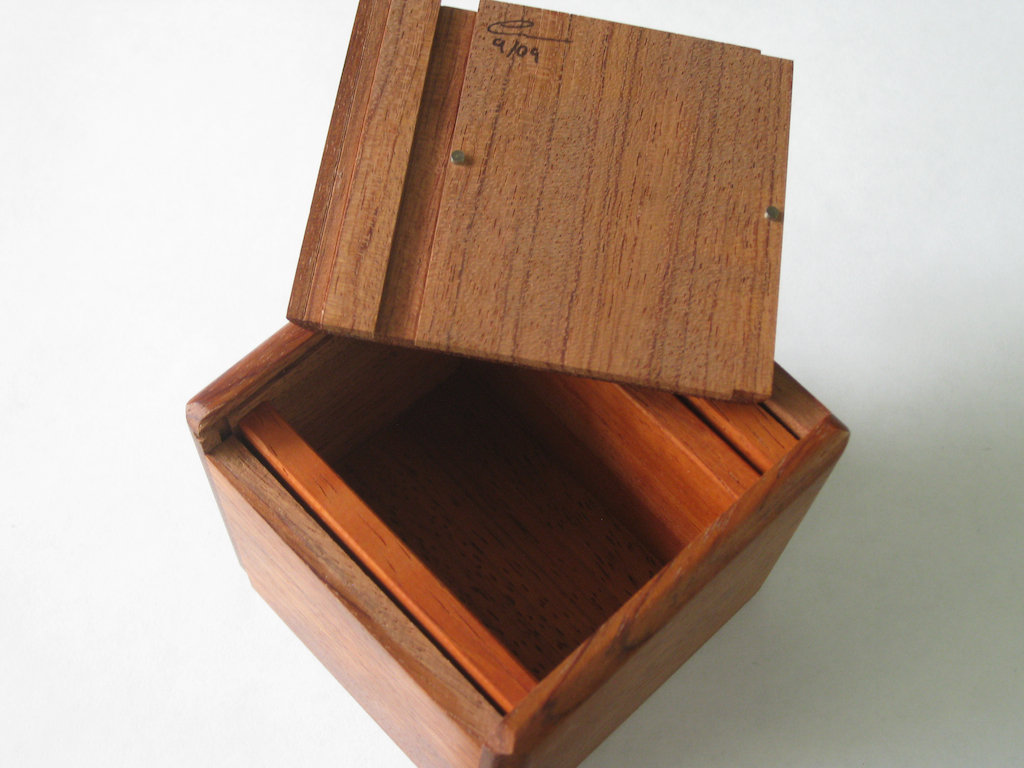 One of the beautiful things about the choice of wood here is that the internals of the box being made from Paduak, are protected from UV, so have retained their beautiful Orange/Red colour which will normally fade to a dark brown if exposed to the sun. It’s a nice touch to have this colour screaming at you when working on the box.

My only criticism with the mechanism is that the thin sliding panels used in the internals of the box are fairly tight. While this is normally a good thing in a puzzle box, meaning the panels don’t rattle around of their own accord, I found that this worked against me when trying to close the box, as my fingers couldn’t push one of the internal panels far enough to slide it to where it needed to be through the small gap left when the outer panels were positioned in the correct locations. In the end, I had to get a small tool to help.

Overall, a superb box, that adds a few surprises to a standard sliding box, and creates a satisfying puzzle.