In my latest shipment from Puzzle Master, I received this from the Hanayama Cast series of puzzles. Cast H&H, like its name suggests consists of two pieces shaped like the letter ‘H’ which are entangled around one another. The goal is to separate them and then put the puzzle back to its starting position. Thanks to Puzzle Master for sending me this puzzle to review. 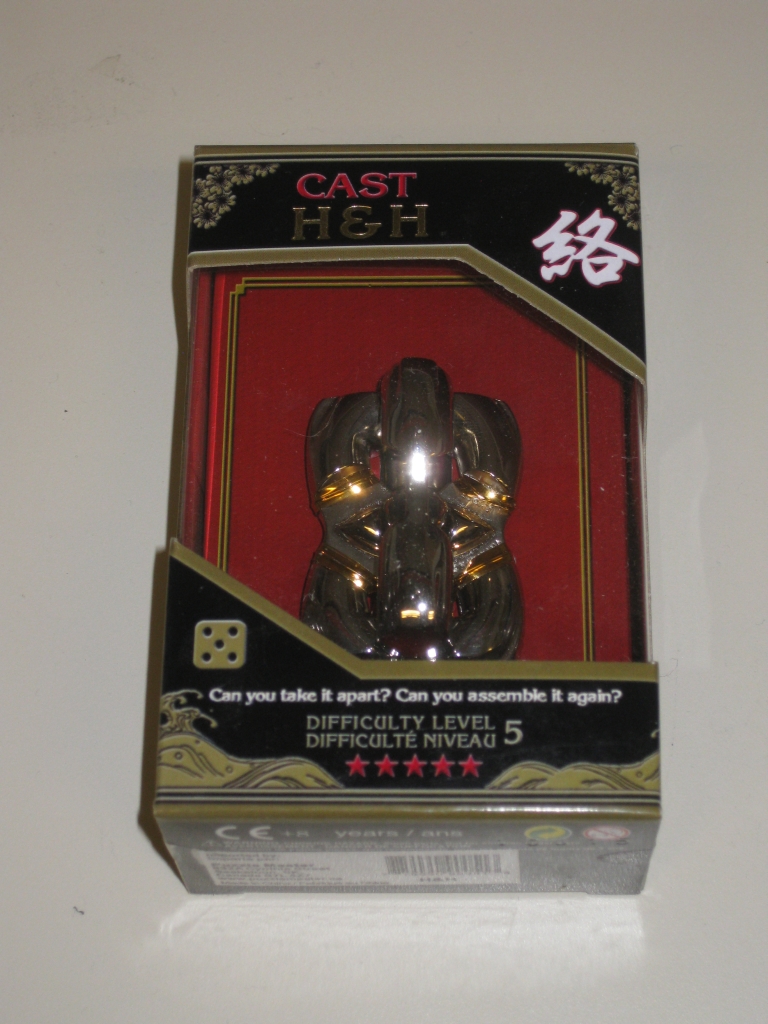 This is another puzzle designed by the prolific designer Oskar van Deventer and is ranked 5/6 on the Hanayama scale (9/10 from Puzzle Master). As usual, the puzzle comes packaged in the familiar Hanayama Black and Gold packaging, which I realise I keep talking about but never show. So to rectify that, I’m using a picture of the puzzle boxed here! 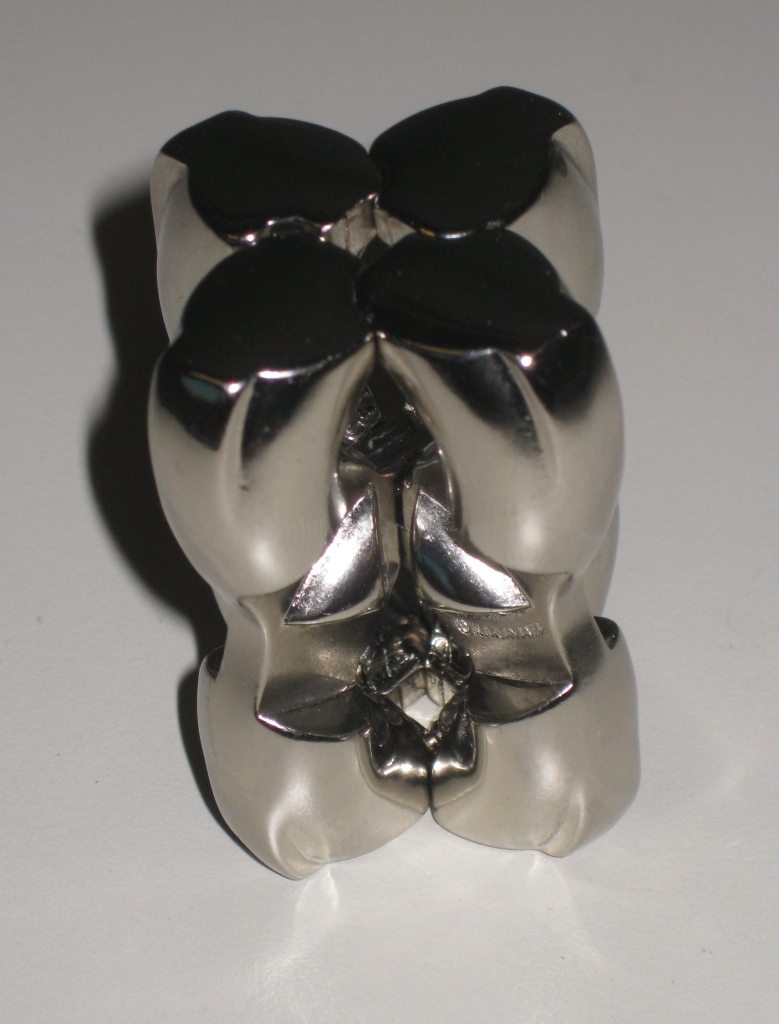 I really like the look of this puzzle. It’s finished with a highly polished chrome material, and the curves really do make this a great looking puzzle from any angle. There’s something about the sharp lines in the centre, along with the wavy lines of the puzzles profile that makes you want to pick it up. And when you do, you realise just how smooth and tactile a puzzle it really is. As you’ve come to expect, one of the pieces is stamped with the puzzle’s name, and the Hanayama logo. If nothing else, this allows you to keep track of one piece’s location and orientation when trying to solve the puzzle.

Now if you happen to have someone who dislikes the clinking of Metal on Metal while you try to solve a puzzle, then I’d suggest not playing with this while they’re around. It’s very hard to keep this one quiet, so maybe best to play with this one on your own. I found it fairly easy to get turned around when trying to solve this one, and as such it took nearly half an hour to separate the two pieces. Given that it’s not any easier to put it back together, I spent probably the same time again to get it back to the start. Along the way, I managed to re-solve it while trying to re-entangle it, possibly more than once!

The range of movements between the two pieces is surprisingly high. It’s possible to slide the pieces along their centres, rotate one piece along the outer curves of the other, rotate it in the top or bottom gap that would be the top/bottom of the letter H and also rotate the pieces entirely within themselves. That may sound like gobbledygook, but if you’ve played with the puzzle then you’ll know what I mean. (And if you’ve not, then get one and you’ll understand!) 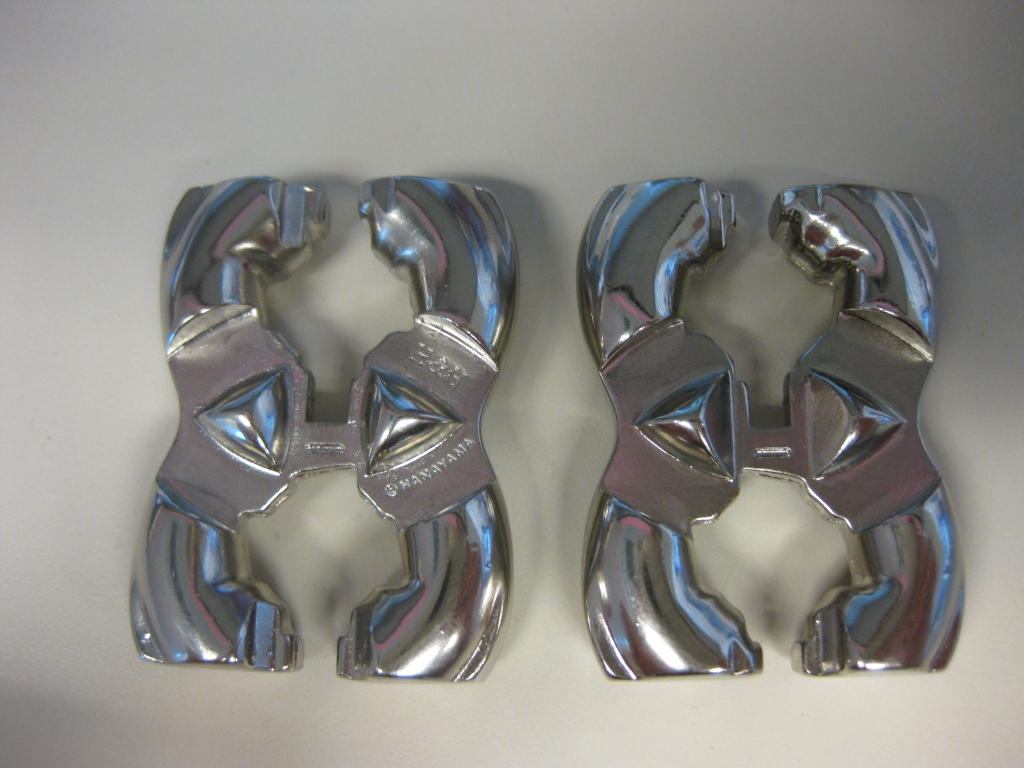 This fairly large number of possible moves with very similar looking pieces leads to the ease with which you can get turned around while solving this one. But it’s not that easy. The shape of the pieces are very cleverly constructed so that a move that may be possible with one end of the pieces, isn’t possible with the other. Frustrating, but certainly gets you thinking as to how you can maneuver the pieces where you need them. 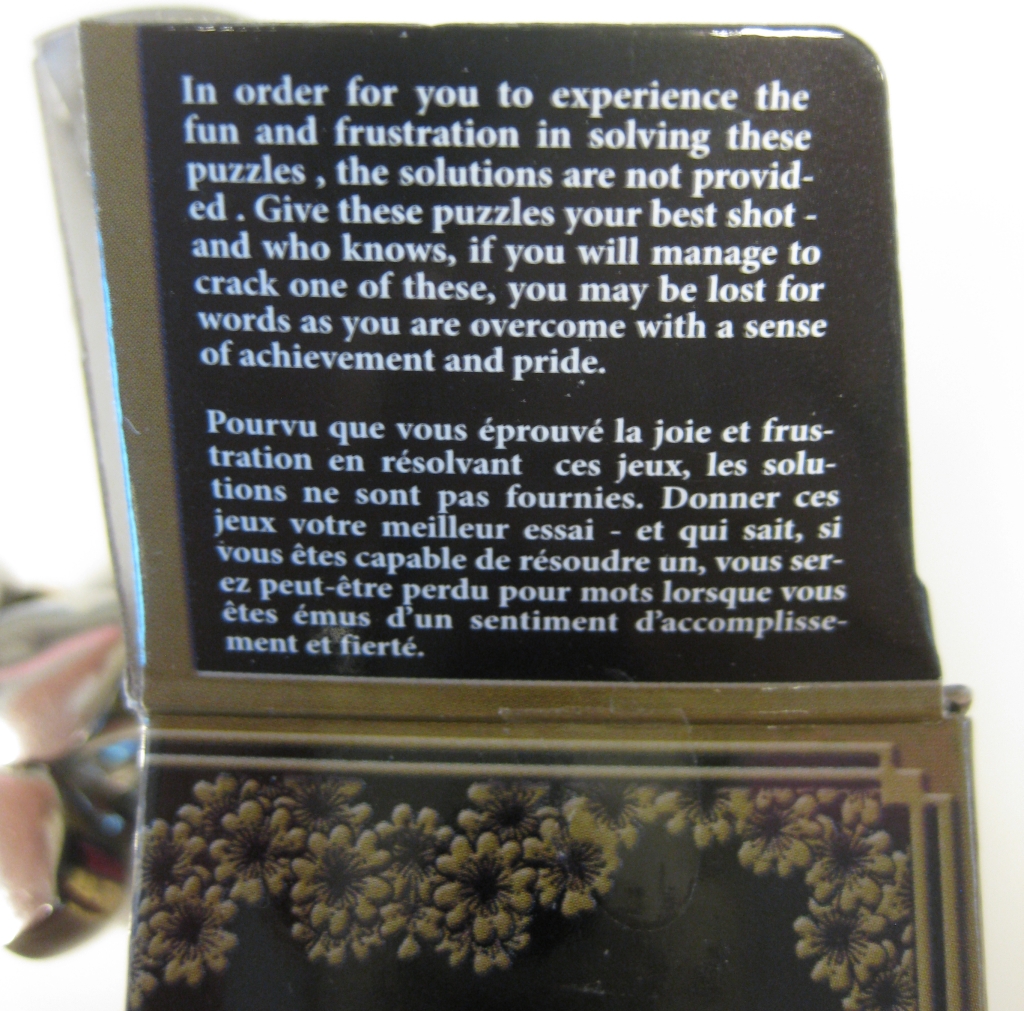 No solution is included with the puzzle, again as to be expected from the Hanayama puzzles, but if you’re really struggling then head over here to download one. Since I’d not noticed it before, even the box tells you there’s no solution to be found. After all, we all love the feeling when we solve a new puzzle, so why spoil the experience!

This was a very enjoyable puzzle to work on. Just the right level of frustration, but not so much that you’ll not be able to solve it and be forced to go looking at a solution. As always, the Cast series puzzles are not expensive, and with the holidays coming up, these make great stocking stuffers! 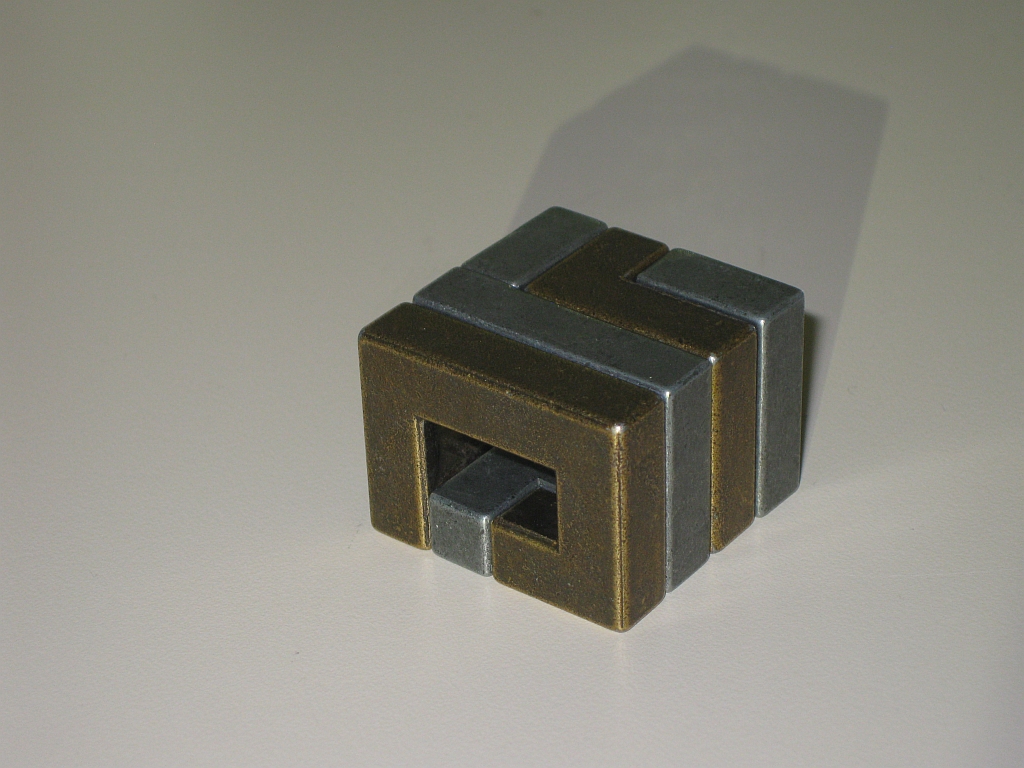