Secret Base 2 was Hiroshi Iwahara’s 2011 Christmas Present from the Karakuri Club. I didn’t have him as one of my designers last year, but I was fortunate enough to be able to borrow this box to play with. 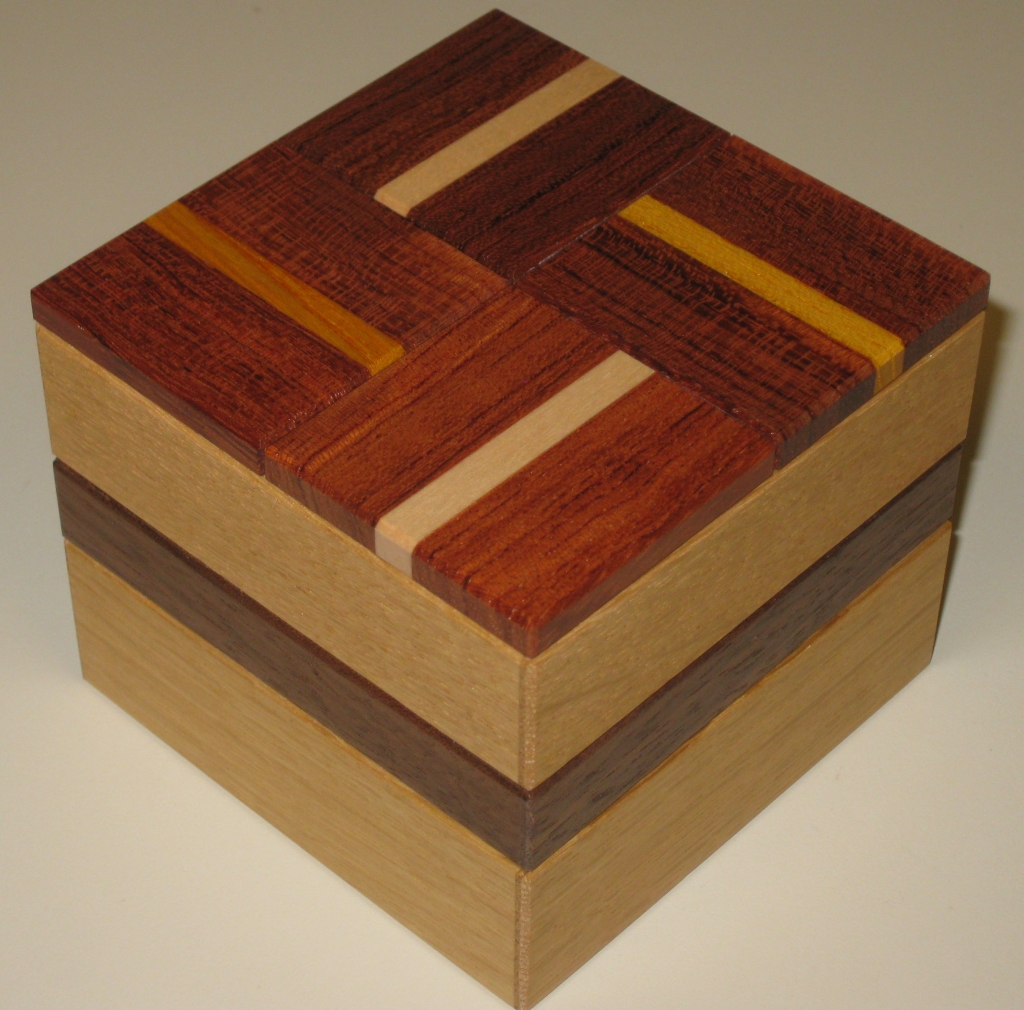 The Secret Base 2 as you might have guessed is based on the original Secret Base puzzle which I’ve not played with myself, but am aware of how the mechanism works. In this case, I think that partial knowledge may have made my solving of this box more challenging!

Made from Oak, Walnut, Birch and Bubinga this puzzle measures 3.5″ x 3.5″ x 3″ and is beautifully finished as any Karakuri box is. The mechanism is wonderfully smooth, and the first movement seems almost magical as the pieces slide past each other. It’s actually a very difficult puzzle to describe without giving much away.

With my knowledge of the original Secret Base, I found the first move fairly quickly, and even the next step didn’t take me long to identify. After that however I was a little stumped. The final movement is rather unexpected and quite nicely hidden. 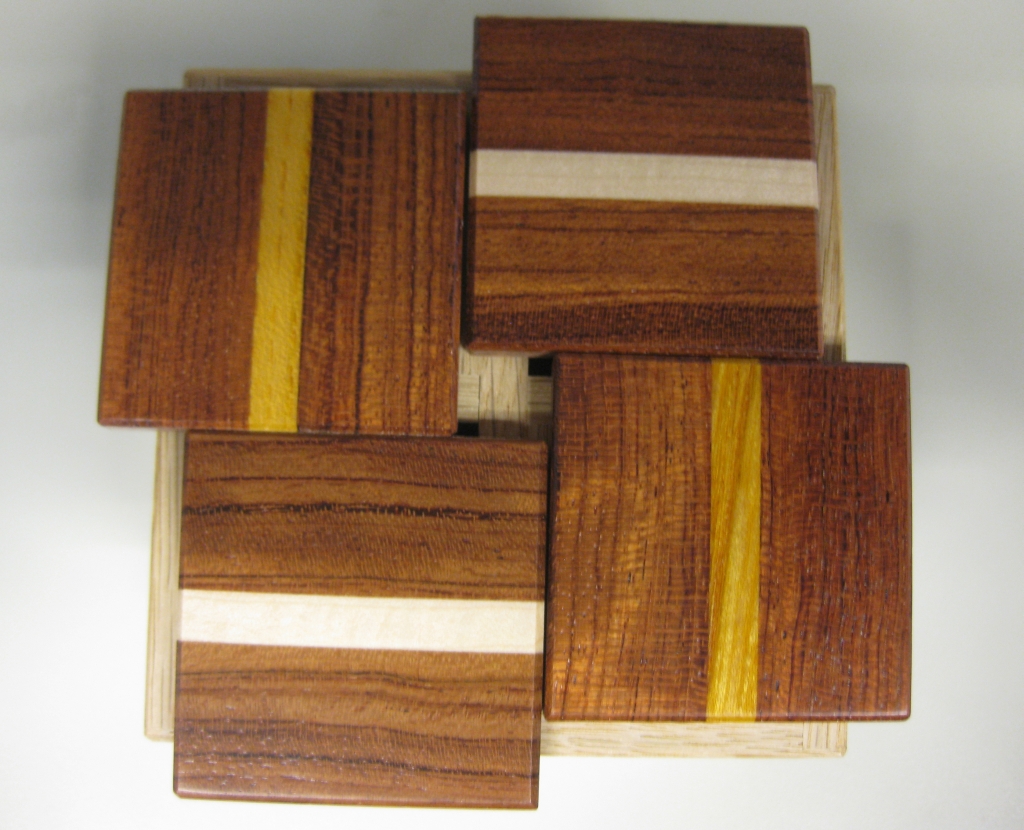 I’ve taken the photo above very carefully to give nothing away about how this opens, but it does at least let you see the movement of the pieces. Once open, there’s a reasonable sized space inside and unlike the original Secret Box, there’s only one compartment to be found in this puzzle.

Overall a nice box with an interesting twist. Well worth picking up a copy.

Allard, Brian, Jeff and Michael have all written about it, so head over to their pages to find out what they thought.