After reviewing the first of Marcel Gillen’s hidden maze puzzles the rolling pin, this post will focus on one of his ‘bolt’ puzzles. I was lucky enough to be loaned #6 in the series. 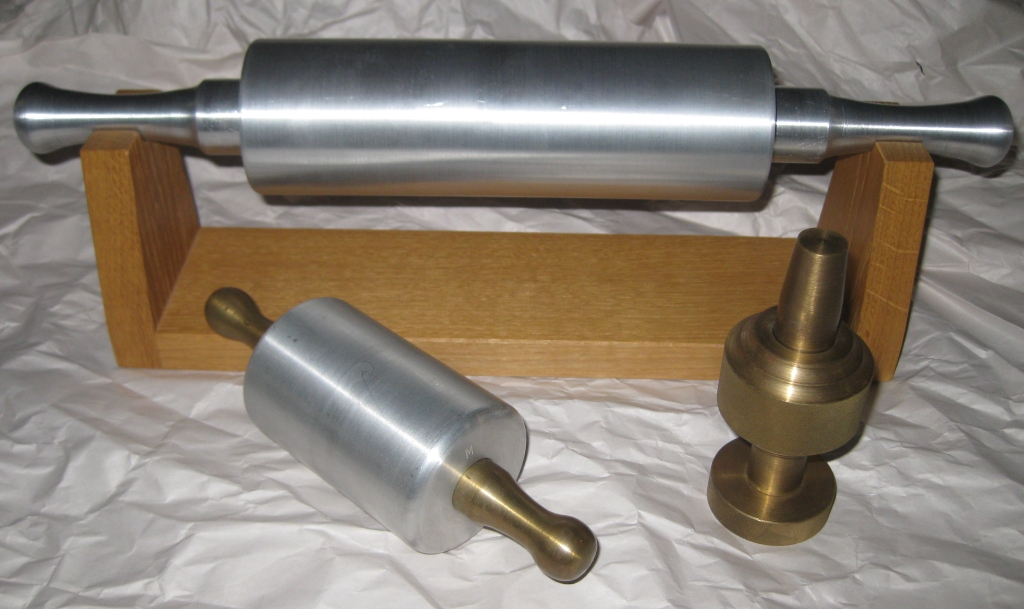 The bolt is in the front right in the photo above. It certainly doesn’t look like a traditional bolt puzzle such as those from Lee Valley or Wil Strijbos. The goal of the puzzle is certainly the same though; remove the ring, or nut from the bolt.

Given that this is the first of Gillen’s bolt puzzles I’ve played with, I may have made things artificially more challenging, as this is the sixth puzzle in a series of at least 7 bolts. Each one increases in difficulty from the previous one so starting toward the end of the series may not have been the best plan.

Created from solid brass, measuring 4.5″ tall with a ring diameter of 1.75″ the bolt is a heavy puzzle weighing in at 777g. As I’m starting to learn from Marcel’s work, the puzzle is incredibly well made, and will take quite a bit of abuse from the solver, not that I recommend you abuse your puzzles. Despite how rare these puzzles are, it really is the sort of puzzle that you can hand round without fear of it being damaged.

Having said that, I have to admit that I spent an embarrassingly long time trying to solve this puzzle. I managed to understand the basics of what was going on in the puzzle, and you’ve probably guessed already that there’s some sort of hidden maze in the puzzle. I’d managed to ‘map’ the maze however there was an element in the puzzle which was preventing me from solving it, and I was too concerned about breaking the puzzle to try what I thought was needed. As a collector, I’m always concerned when solving a puzzle, especially one which is not mine, about doing something which might damage the puzzle. There are designers out there who use this knowledge against puzzlers, however Marcel is not one of those designers.

The problem I had is that the puzzle has a number of gravity pins which limit the movement of the ring. I found that it was possible to disengage the pins by holding the puzzle in a certain orientation, however I couldn’t solve the puzzle from that orientation. There is more than one gravity pin in there, and they interfere at different points as you move the puzzle. The obvious way to remove this obstacle is something I had avoided due to the large mass of the brass, and my fear that I would break something. As it turns out I really shouldn’t have been worried about that.

Having taken care of the gravity pins which were frustrating me no end, solving the rest of the puzzle was fairly quick, and took no more than around 10 minutes. The one comment I will make is that the puzzle needs a very specific orientation to solve it, which adds to the challenge. Understanding how the puzzle works, I can now repeatably solve it in under 30 seconds, and it’s a very satisfying puzzle to solve. 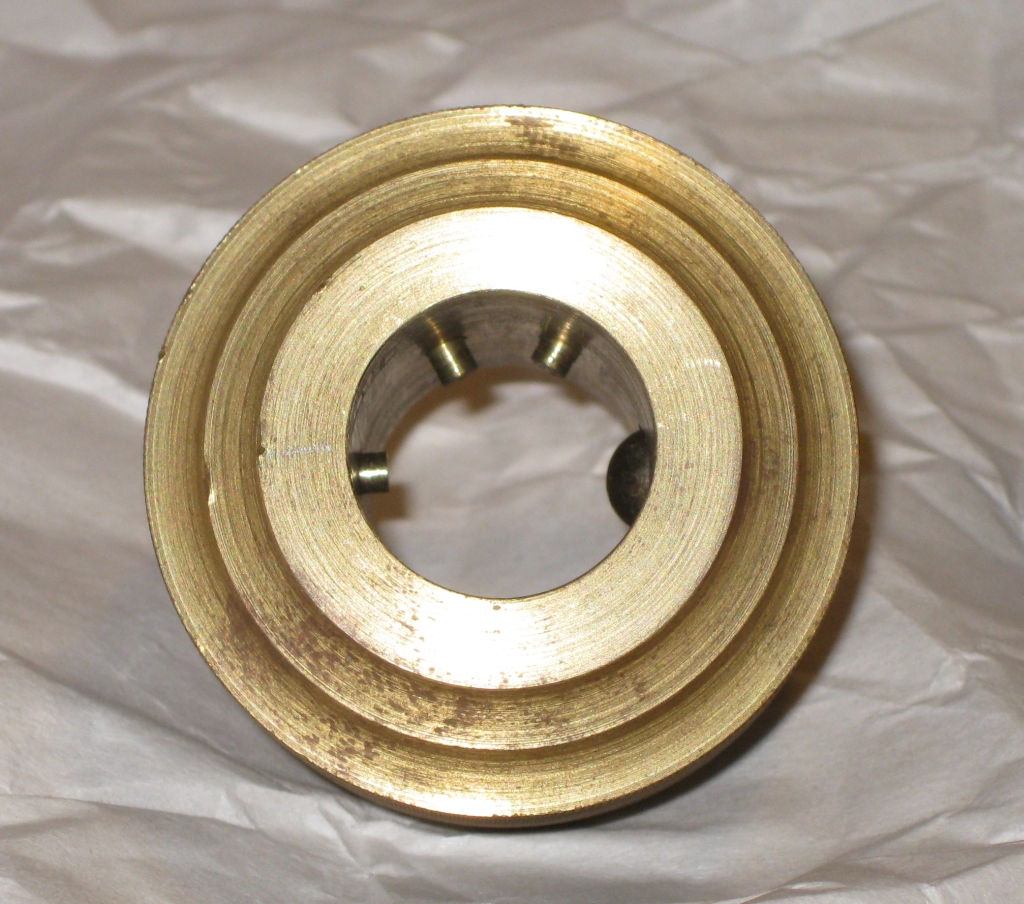 Having removed the ring, you can see what’s going on in there. The top two protrusions are a couple of the gravity pins which are present, and the protrusion on the left is a sprung pin which is used to navigate the maze which is etched into the bolt. The other element in there is a sprung ball bearing which just keeps a constant pressure against the bolt, and makes the movement of the puzzle much smoother.

I’m very happy to have had the chance to play with this puzzle, and will certainly be keeping my eyes open for any of these which become available for sale. They’re so well made, and such a fun puzzle to solve, that I’d love to add them to my collection.