Convolution is another Stewart Coffin design, and is numbered 30 in his numbering Scheme. Originally produced in 1980 the seven dissimilar pieces can be assembled in one way, and one way only to give a 4x4x4 cube with a symmetrical pattern on all faces. 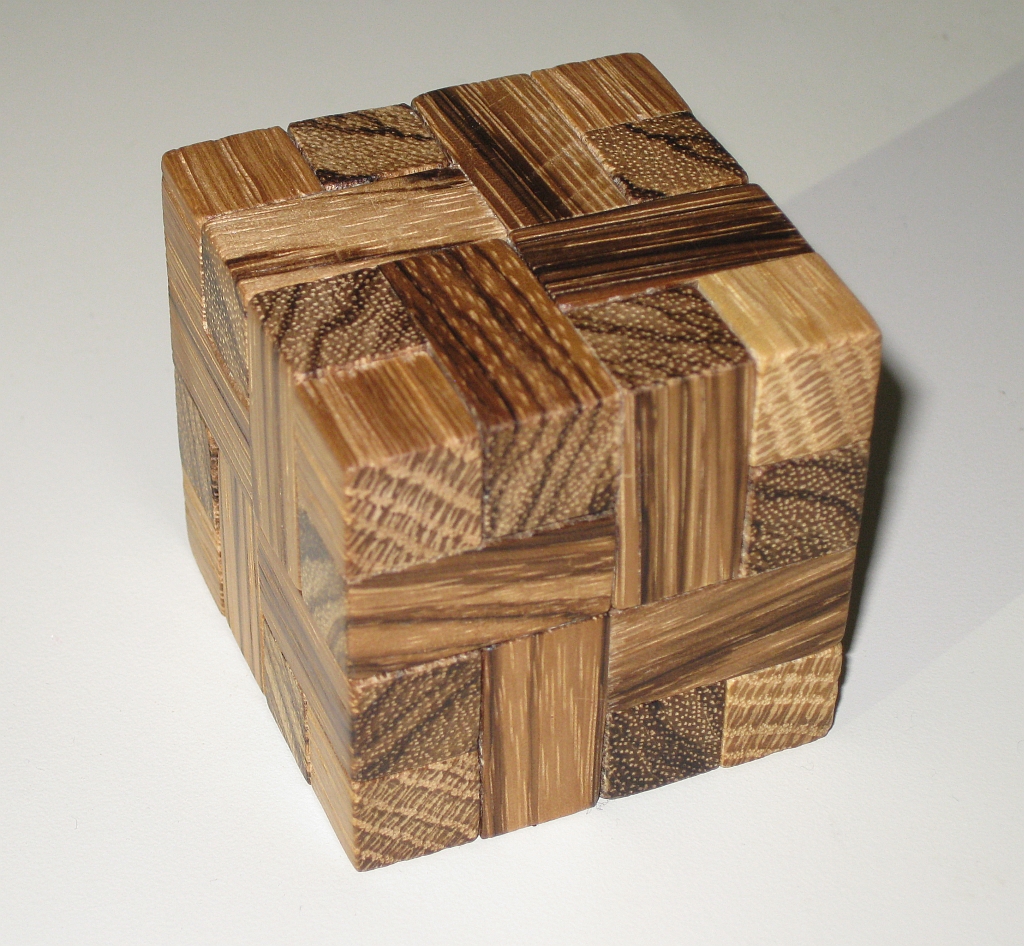 Convolution designed by Stewart Coffin made by Brian Menold

This version was made by Brian Menold over at Wood Wonders and is made entirely of Zebra Wood. The puzzle is a nice size at 1 7/8″ and the choice of Zebra Wood really helps to show off the symmetry on each side. This is a very nicely made puzzle, at a very good price.

You may remember from my post about the MMMM’s puzzle that I received from Brian when ordering the convolution that there were some issues in Brian’s view when I was ordering. Brian normally makes the Convolution in either Oak or Poplar, and the puzzle is slightly larger. When I contacted Brian about buying a copy of Convolution from him, he got in touch to say he had a few copies in rarer hardwoods which were slightly smaller but the same price if I was interested. I thought this was a great offer, and took him up on it.

After a little back and forth conversation via email, we settled on the Zebra Wood version, however there were a few hiccups along the way which led to Brian sending me the MMMM’s free. Originally when he told me about the puzzles he had, he’d looked at his Involution puzzles, as they are so similar, so it turned out he didn’t have the wood combination he thought he had. He really didn’t have to, and to my mind there were no issues at all. Just goes to show that Brian’s a really decent guy and I highly recommend both his work and him as a person to buy from. 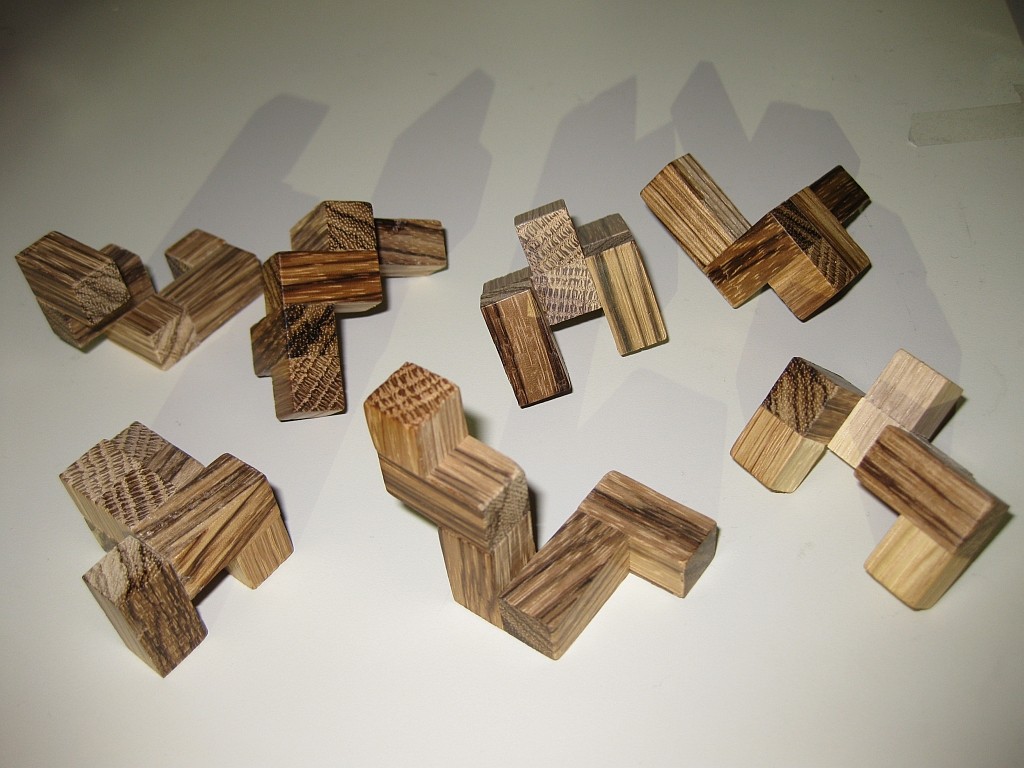 The seven pieces of Convolution

Getting back to the puzzle itself, this is a classic Coffin reproduction, and is well made. The pieces have a tight fit, and are simply finished with a wax, so there are no stains or other products to tarnish this beautiful wood being used. The puzzle itself creates an interlocking cube so unlike many other cubic dissections, this one doesn’t need a box to hold the pieces, and isn’t going to fall apart if someone bumps into it.

The fact that the pieces are interlocking also adds to the complexity of solving the puzzle. There is only one assembly, and the symmetrical pattern on each side does help with the assembly to some extent. This would be a tough puzzle if it was sent unassembled, and looking at a picture of the assembled cube isn’t going to give a clue as to where certain pieces should be. This is a great design, and while it may not stand out on the puzzle shelf amongst other flashier puzzles, this is one that you really want to pick up and solve.