Cast Spiral is another puzzle from the Hanayama Cast series, this one designed by Kennet Walker. This puzzle is similar to a number of ‘Jigsaw’ puzzles where a small number of apparently identical pieces are linked in a seemingly endless spiral, the goal being to separate the pieces then put them back together. Cast Spiral takes the idea one step further and rather than a 4 piece puzzle, this is a five piece version. Puzzle Master kindly sent me this copy to review. Thanks Puzzle Master!

I have a couple of different versions of this style of puzzle, and the wooden version below called Wooden Spiral can be purchased from Puzzle Master. Think Fun also produce a version in plastic called the a-ha! 4 Piece Jigsaw . Both of these puzzles work on the same principle and if you have solved either, then you’ll have a good idea of how to approach the Cast Spiral. 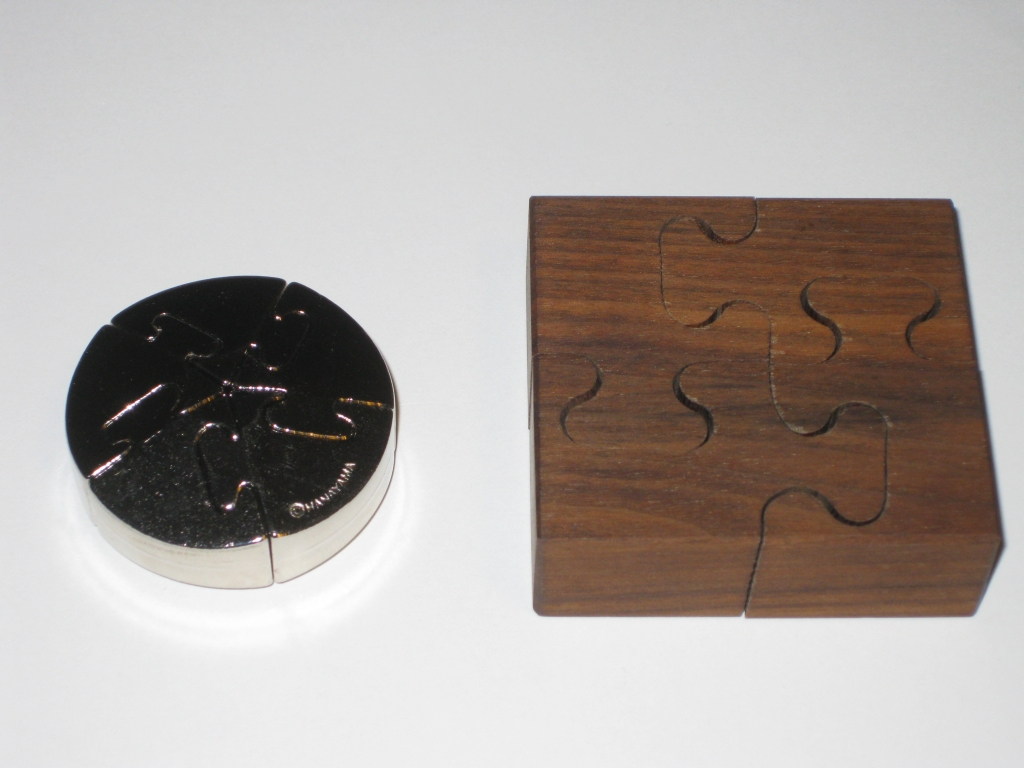 Cast Spiral and Wooden Spiral side by side.

Cast Spiral is a nice progression in this style of puzzle. It’s a heavy puzzle, and being made from solid metal, you can be quite confident passing this to any of your friends to have a bash at solving it. (Note: No hitting or dropping of the puzzle is required to solve it.) The finish on the surface is plain, but well finished, and bears the Hanayama logo. Given that this is an older puzzle in the Cast series, originally released in 2003, the name of the puzzle isn’t on there, unlike most of the newer releases. The shape of the puzzle itself is also interesting. rather than going for a plain cylinder, the pieces taper from the centre to the outside, with a slightly flattened spot in the middle, making for a rather pleasing shape, that leaves the puzzle looking as though it’s floating above the table. 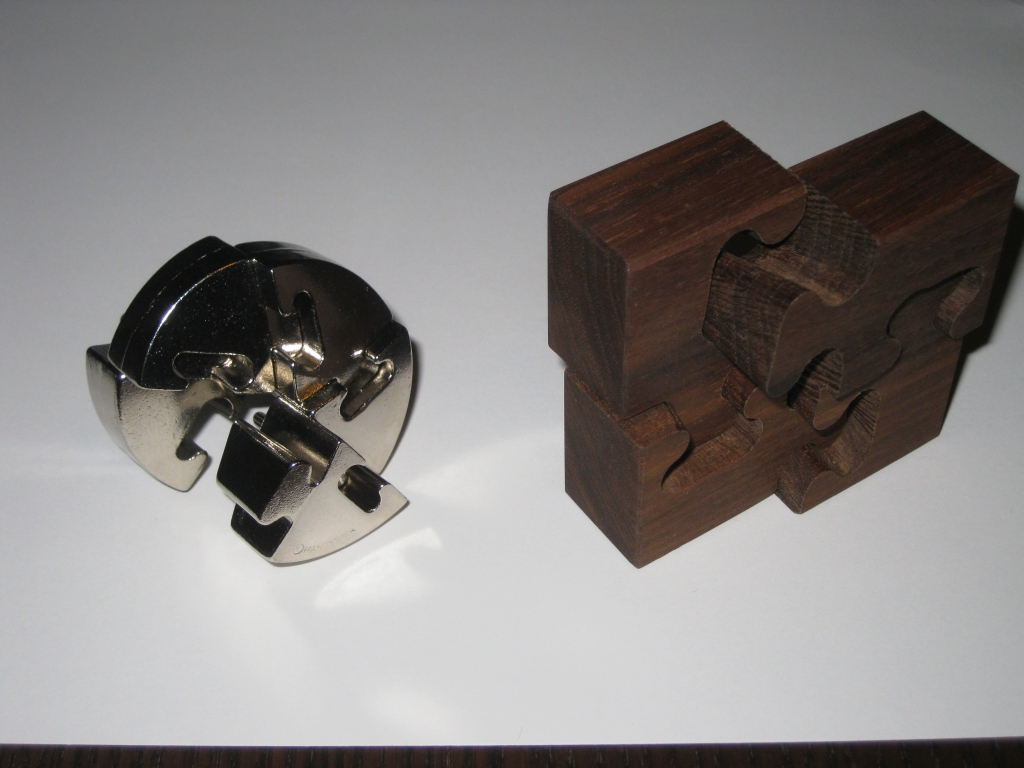 Side view of Cast Spiral and Wooden Spiral showing the spiral nature of the pieces.

As you can see from the side, it looks as though there’s no way to separate the five pieces of the puzzle, however as I mentioned earlier, the solution to this puzzle has its roots in the jigsaw style puzzles I’ve already mentioned. Unlike the wooden or plastic four piece versions, the pieces of Cast Spiral are not all identical. So just picking it up and using the trick you already know isn’t going to work. You’re going to have to find out how to implement the trick, which adds a little extra challenge if you’re familiar with this style of puzzle. 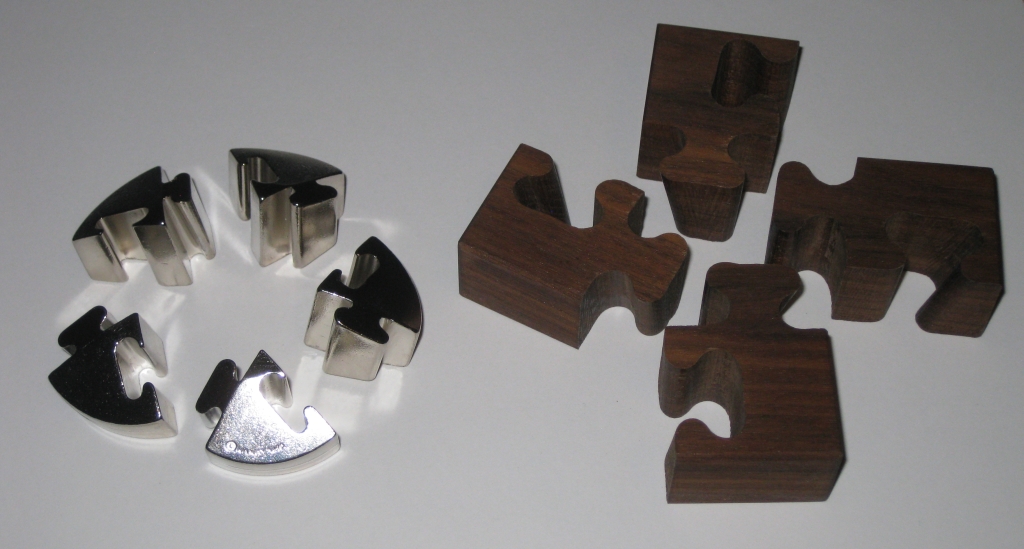 Hanayama rates this as a Level 5/6 puzzle, and Puzzle Master a Level 9/10 – Grueling. I think it’s fair to say this is a tough puzzle, however it’s perhaps only a 4 in Hanayama’s scale given that there’s a number of tougher puzzles been released since this one. It’s nice that even if you know the solution to one of the four piece puzzles, that it’s not going to instantly work on the Spiral, so it may catch a few people out. If you’ve not come across one of these before, then it’s a tough puzzle, but a fairly enjoyable one at that. If you’re really stuck then you’ll find a solution here.

Like the other Cast puzzles I’ve already reviewed, I highly recommend adding this to your collection. It’s a really solid puzzle, with a nice twist in the solution. None of the cast series are overly expensive so really there’s no reason not to own one!

To see what everyone else is saying about these puzzles (yes, seems everyone else has reviewed this before me), have a read of the reviews by Allard, Brian, Jerry, Kevin and Oli.