My puzzle collection has been increasing steadily over the last few years, and as with most collections, they have managed to spread themselves around the house quite impressively. Well over the weekend, my better half decided that she’d had enough and wanted her house back. So what happens… well even with a gammy thumb, we don’t get to sit and relax on our days off so we set to work.

I have had a couple of glass display cabinets which have a few of my statue’s in it but have sadly been hidden at the back of the dining room for too long and needed to be brought out where they can be appreciated. We decided it was time to stop the puzzle collection from spreading all over the house, so a new glass cabinet was purchased, and it was time to re-organise.

Note: All images in this post are very large. Clicking the image will show the full size version so you can see the maximum detail possible. 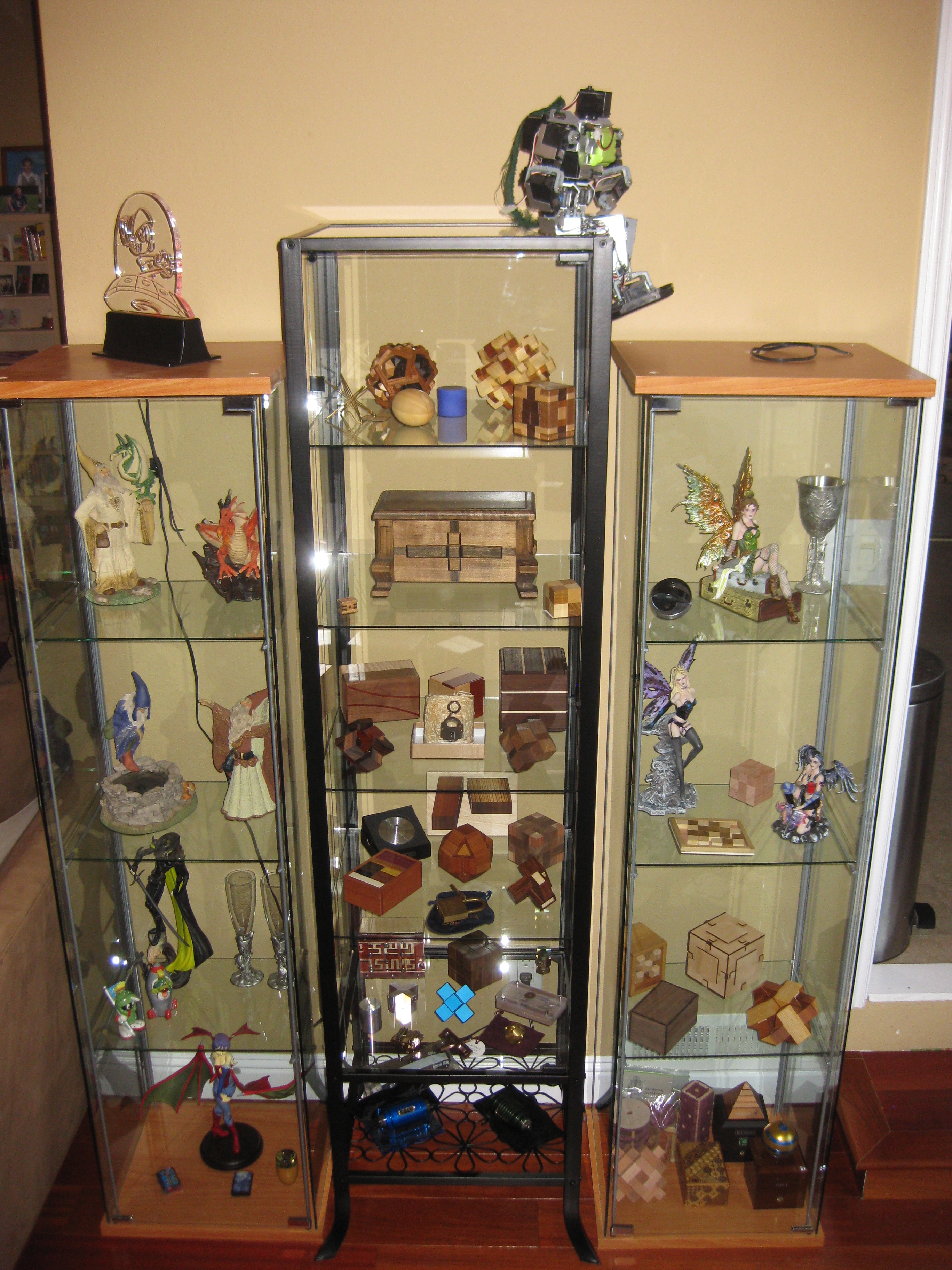 After around 6 hours on Sunday moving furniture around the dining room, which involved relocating a chunk of my DVD collection, and the Lego collection, and …. ok, you get the idea; the cabinets were freed from their corners and moved into the living room as you can see above. After some Ikea cabinetry, the new glass cabinet was put together and some of the collection relocated to its new home.

The cabinets in the photo are only a small part of the collection, but it does mean that some of the puzzles have at least been brought together and are visible, rather than piled up on top of one another on whatever spare space I could find at the time they arrived.

The figures on the left are mine, and the faeries on the right are my fiancée’s. Sitting on top of the cabinet is one of my other projects. It’s a robot that I’ve been writing code for. There’s a few video’s of it walking here if you’re interested. So far I’ve not connected up the gyro’s so it’s all mechanical balance, and he does pretty well given that.

You might notice a certain Stickman in the bottom of the right hand cabinet. That’s a ‘kit’ that Robert sent me to get working. There was a wee mistake when the threads were being cut so it doesn’t work as intended. I’m currently in the process of reworking it and documenting what’s needed to get it working. I’ll be posting about that in due time, so watch this space. 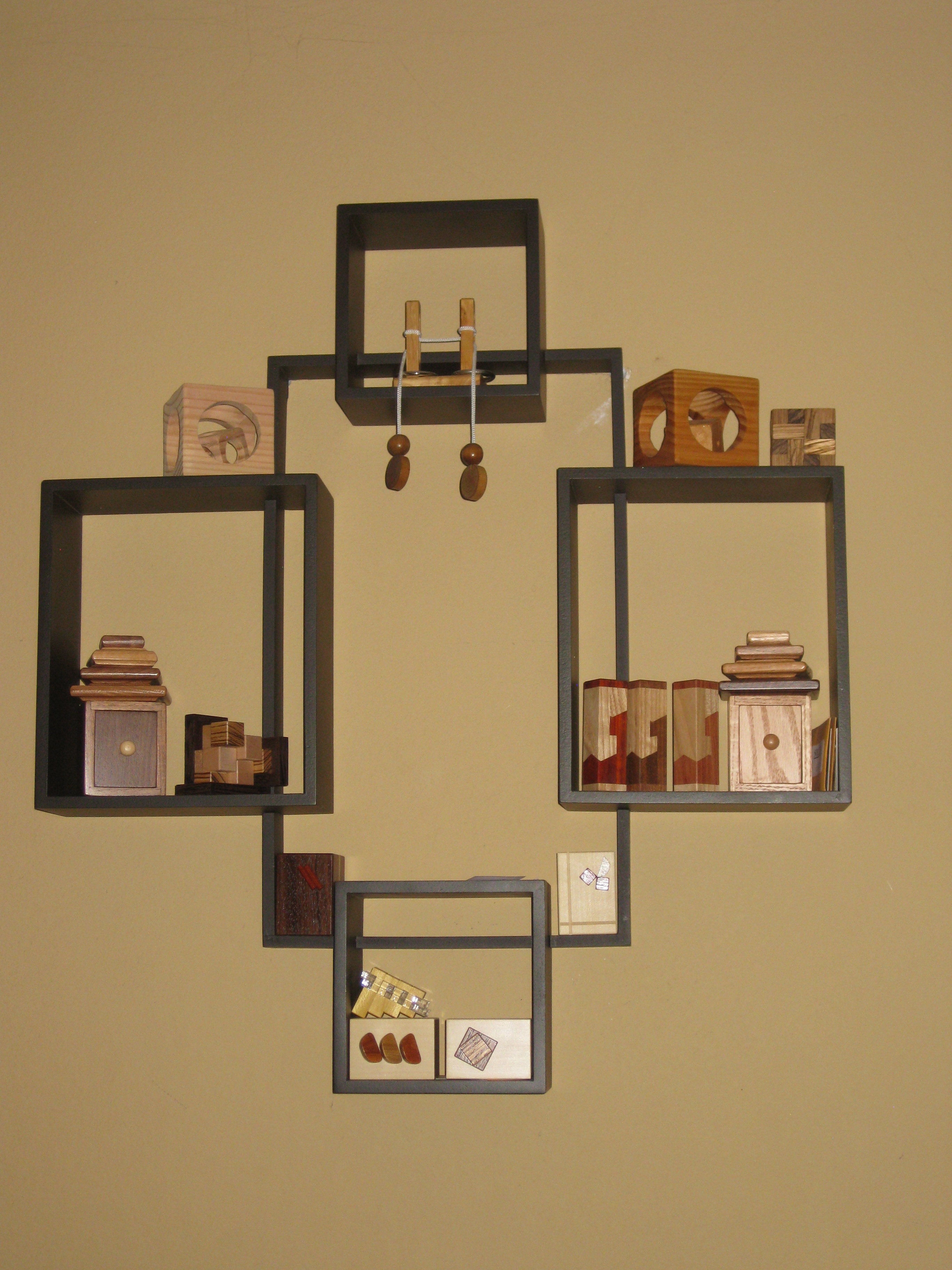 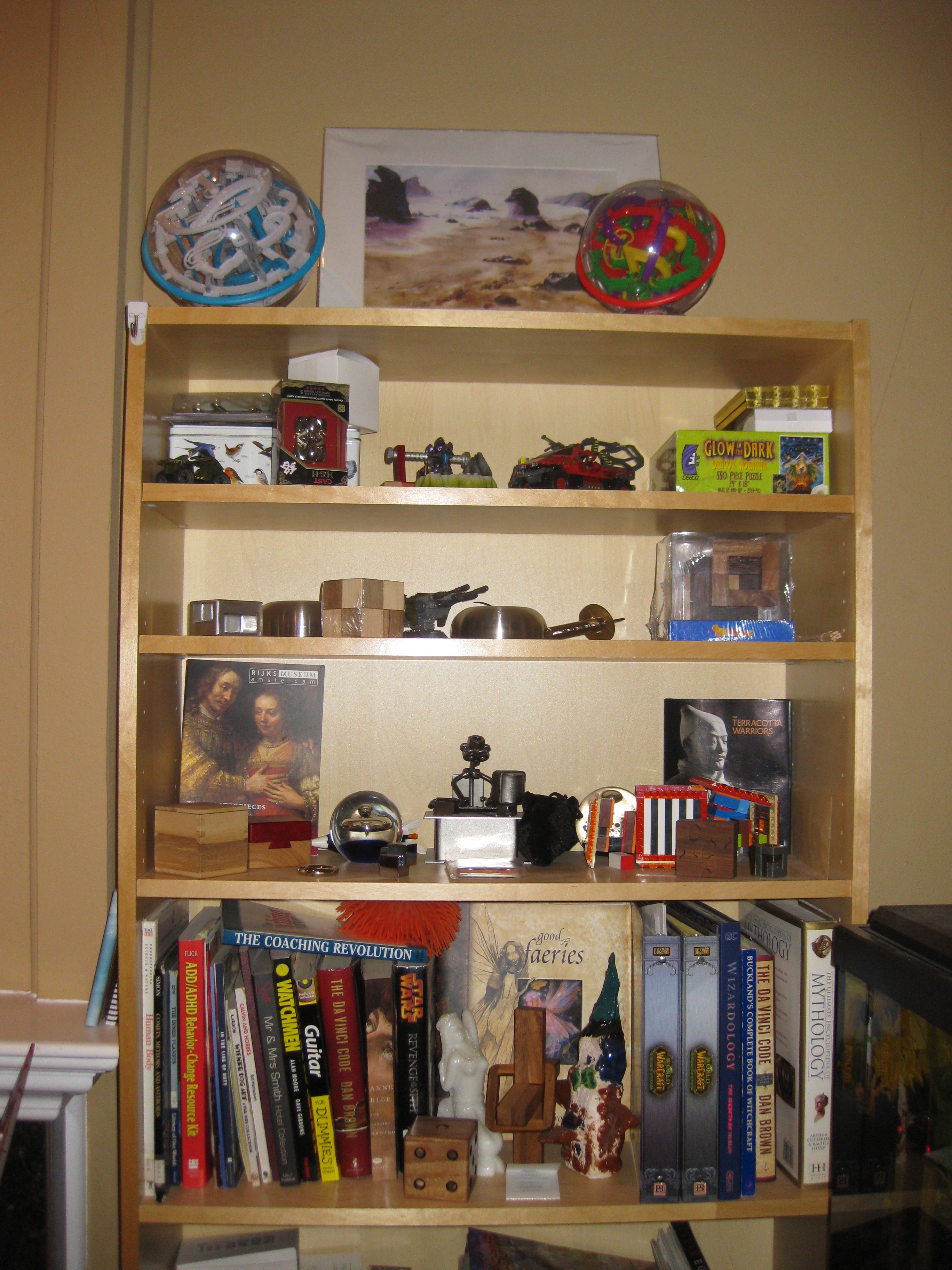 As I mentioned, the gathering of the puzzles is only a small part of the collection. There’s a few other shelves and spaces on the bookcases that have varying puzzles lying around. Not to mention other boxes with puzzles scattered around the house.

I’m still not quite sure how that Elephant got up there, but I’m slightly concerned that he’s plotting something with the Rabbit in the Magic Hat. I suppose I was warned by its maker that I shouldn’t feed it after midnight, and that they have been known to be a little rowdy …

So with the space freed up elsewhere, there’s room now for some of the Lego models I own to get a bit more space, rather than those being crammed into a corner. I have a pretty good number of kits dating back to the 1970’s since I’ve played with and collected Lego since I was a small boy. Given that I’ve had a couple of people ask about some of the models, here’s a quick look at a few that are out and about. There’s probably around 300 kits in boxes in my garage, and varying other models dotted around, but these are probably the bigger pieces that are out and gathering dust. 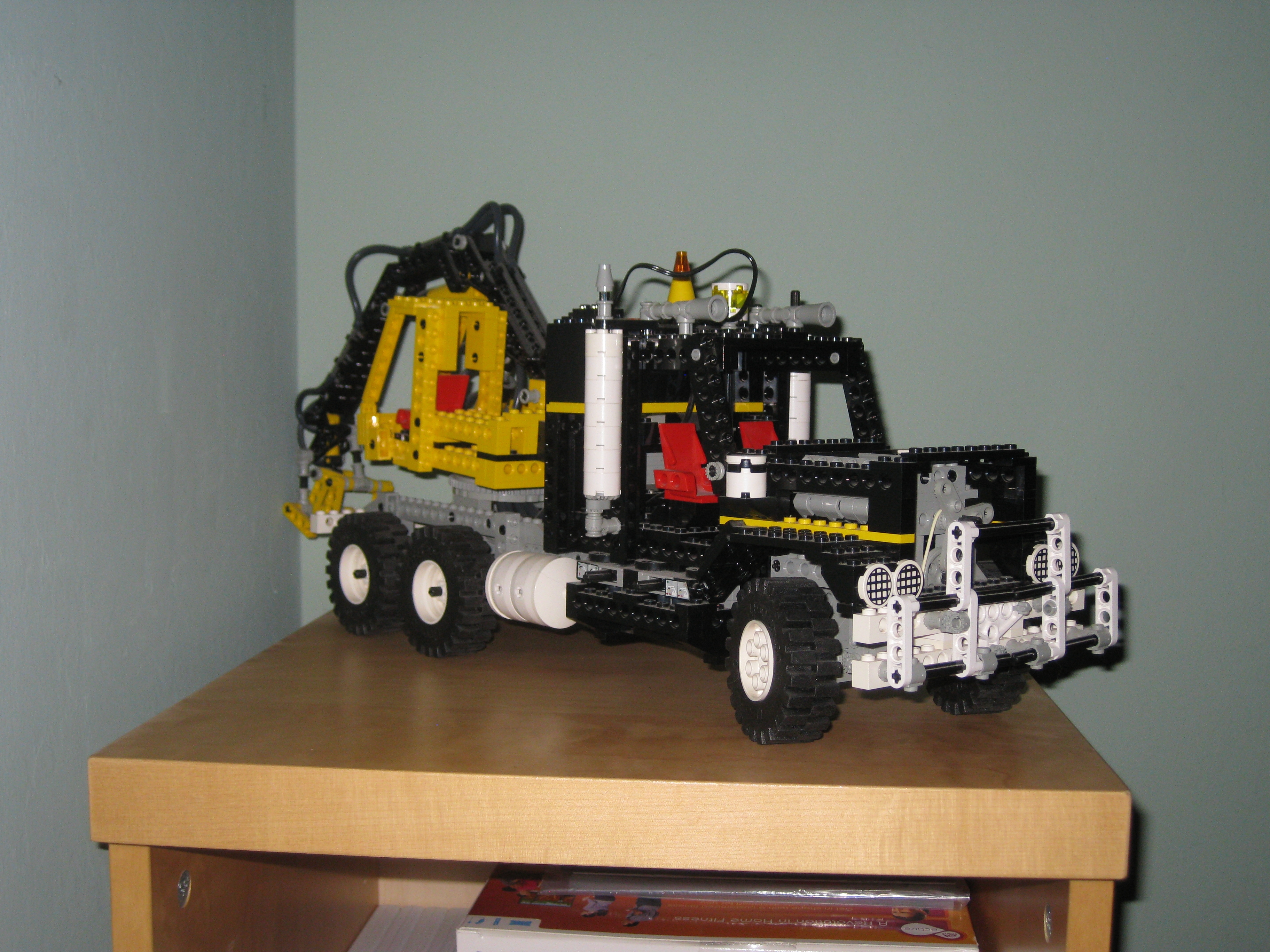 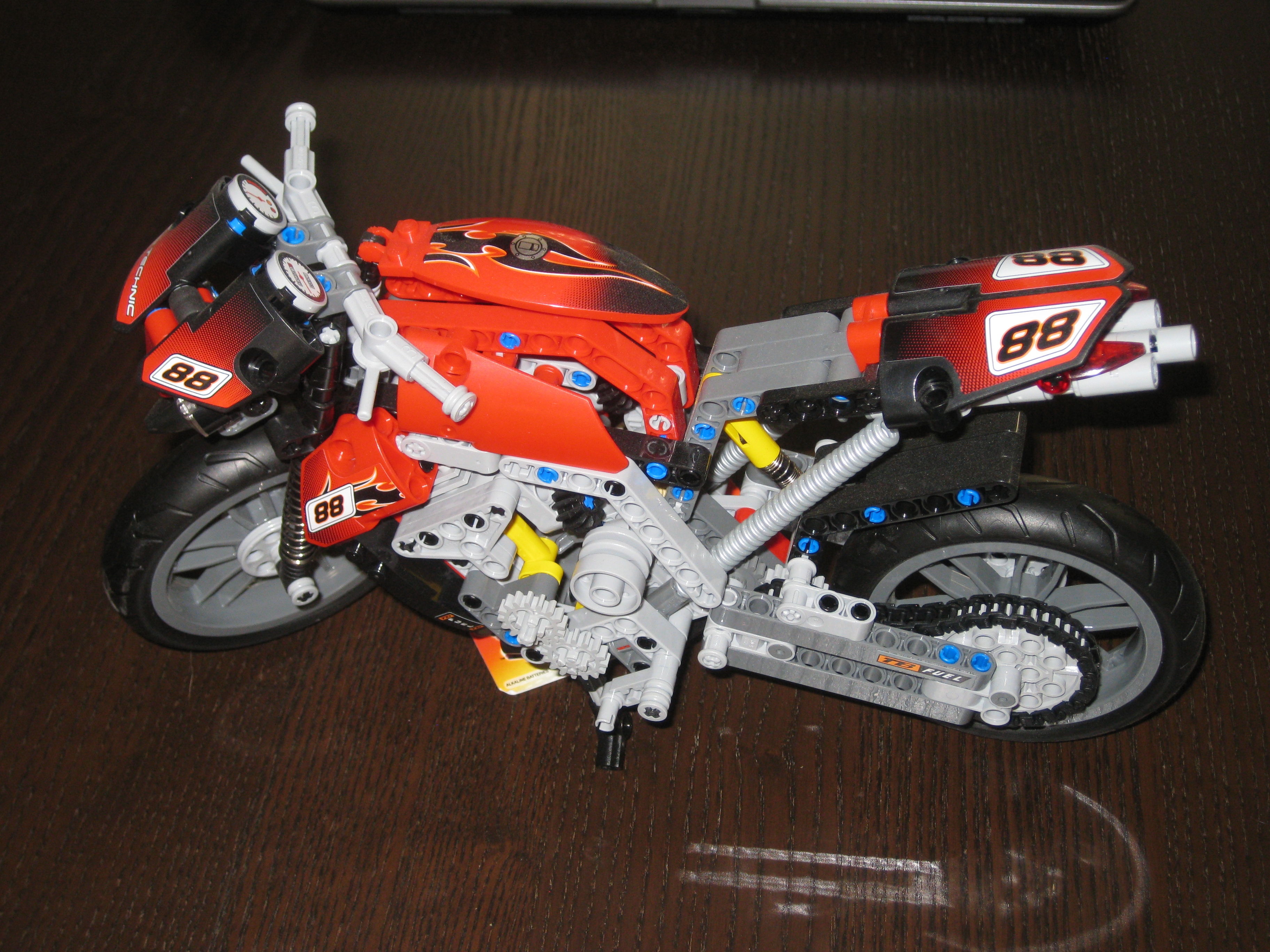 Well hope you liked the sneak peek into some of my collection. I’ll be back to the regular reviews soon as my thumb is healing nicely. Going to be a while before things are entirely back to normal, but that’s what happens when thumb meets saw.

2 thoughts on “When puzzles start to take over”