The Tubular Burr is a 3D printed puzzle, created by a good friend of mine Derek Bosch. The goal of the puzzle is simple. Remove the two black pieces from the cylinder and put them back. Derek kindly gave me this version when I gave him a copy of the Involute puzzle by Stewart Coffin I made recently.

Measuring 1.5″ tall x 1.75″ diameter it’s a good sized puzzle, and as you can see from the photos, having the puzzle dyed with different coloured pieces from the cylinder really makes the puzzle pop. The White Strong and Flexible material really stands up well in the puzzle, and despite the model being hollow, there’s no worry about anything breaking.

Inside the cylinder are a couple of notches, and both pieces are also notched. These notches all interact with one another inside the cylinder to make for a fairly tricky puzzle. Don’t be put off by the fact that this is a 3 piece puzzle. I’ll attest to it not being easy to solve. (See my later comments on that!) It total it takes 14 moves to re-assemble the puzzle so it’s a good challenge. 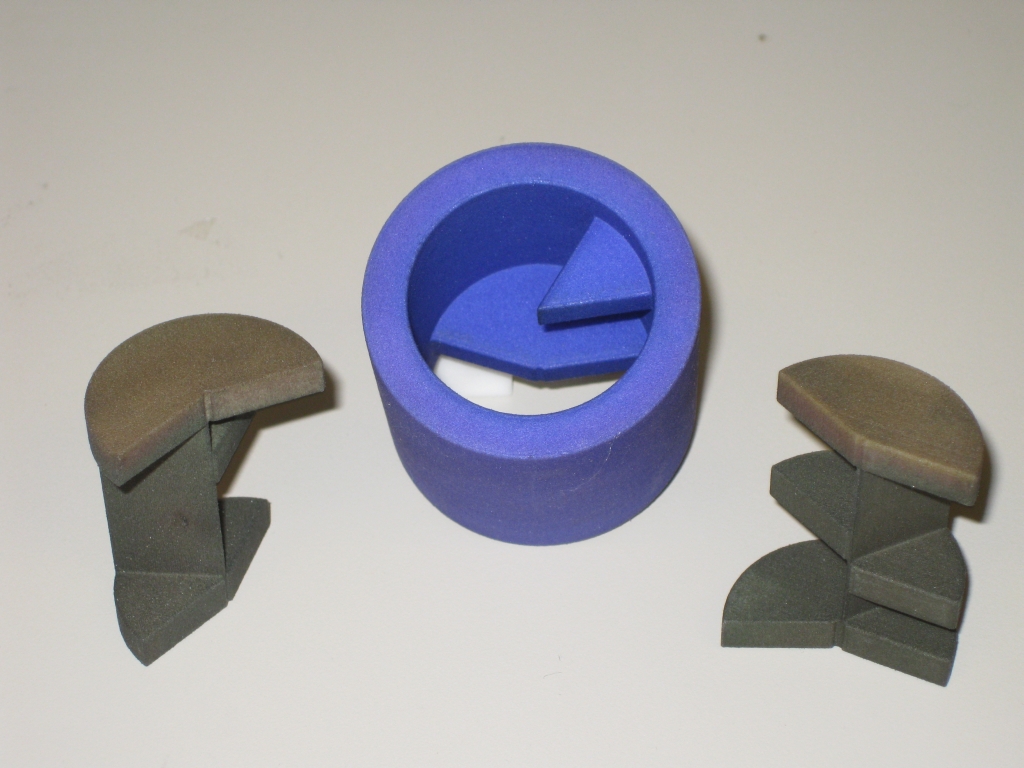 Derek originally created this for IPP29 in San Francisco as his design puzzle entry, where it was created from sheets of laser cut acrylic which were glued together. He also used it as his Exchange party puzzle that year too. The puzzles for the IPP were created from a clear blue acrylic, however the first time I was able to play with this puzzle was with Derek’s prototype “Darth Vader” version which is made from solid black acrylic. If I’m honest, I love this clear version, and can only imagine that it makes things even more infuriating as you can see everything that’s going on inside the cylinder! Truly an excellent puzzle as nothing is hidden. 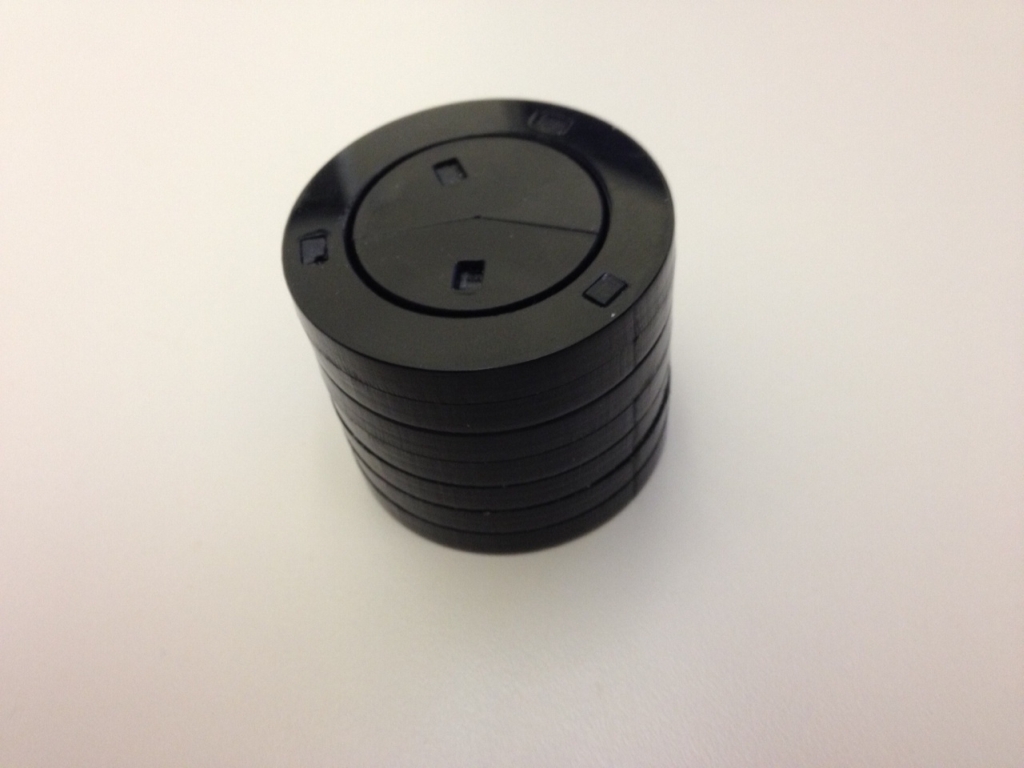 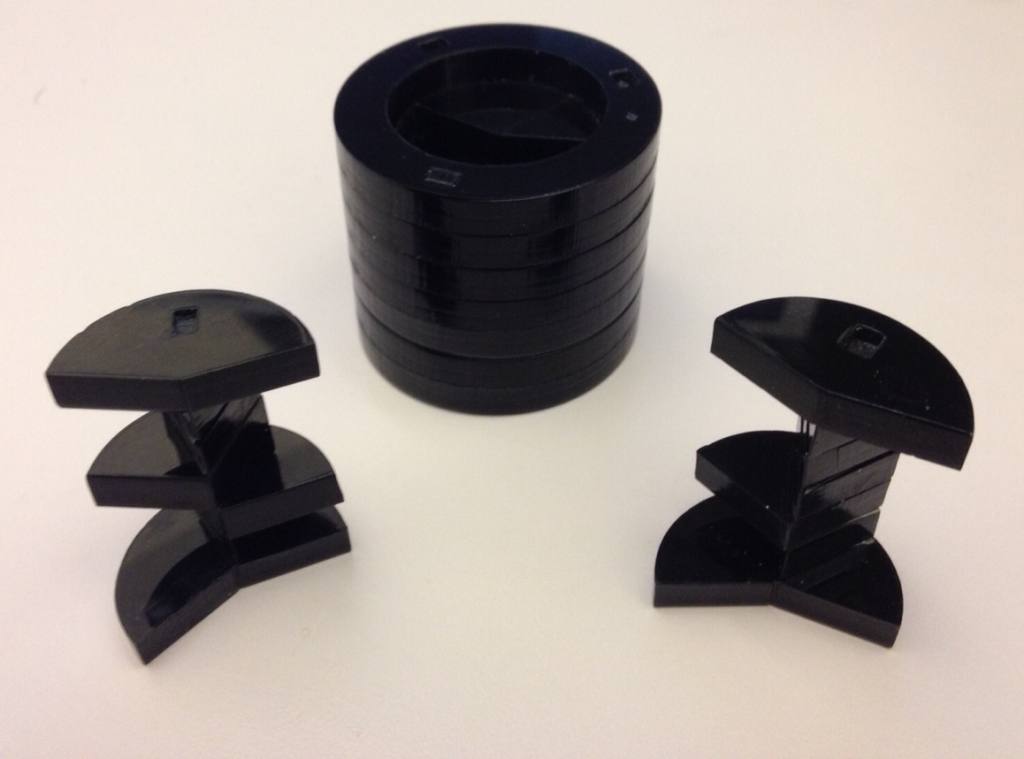 I can confirm that having played around with the copy Derek gave me, I’ve not repeated this incredibly fast re-assembly, and in fact the second attempt took me a good 20 minutes to put the pieces back in! (going back to the Involute I gave him, he’s still not taken it apart in over 2 months, so I think on average I’m still up – or rather Stewart Coffin is!)

Going back and resolving it several times now, it still takes me on average 5-10 minutes to put it back together, so perhaps my first attempt was beginners luck! I am getting quicker as I remember the solution but I get the feeling that leave this for a few months and come back to it and you’ll still find it a challenge every time.

This is a great little puzzle, and is well worth picking up a copy if you weren’t lucky enough to be part of the IPP exchange. Visit Derek’s Shapeways Shop to pick one up, or one of his Maze Cubes. They’re offered both dyed and undyed, and while frustrating me that I didn’t solve it as quickly the second time, it proves that it’s not a simple puzzle, and well worth owning.