Deja Vu is a trick dovetail box produced by Puzzle Master. Thanks Puzzle Master for sending me this box to review. The object is simply to open the box. It looks simple until you point out to the potential opener, that there is a dovetail on all four sides, which in the normal world would hold the lid and base quite firmly in place. 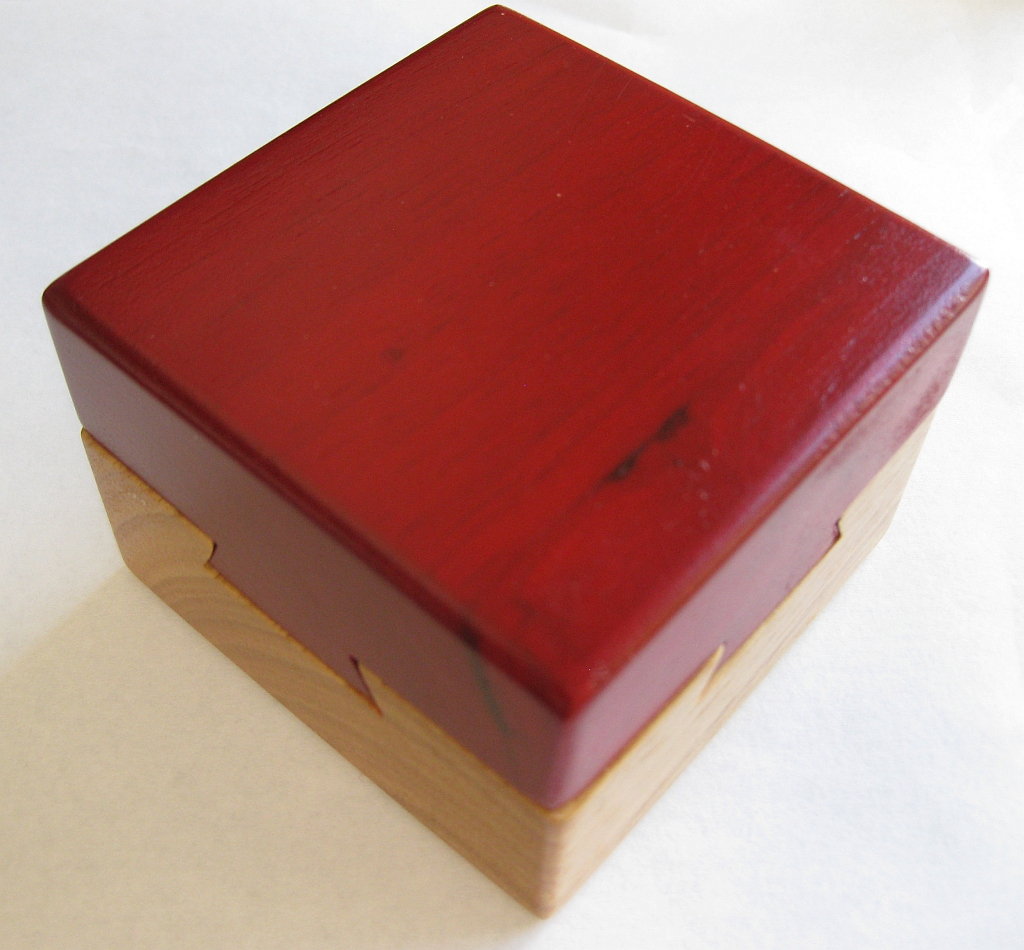 This is a really striking box to look at, and the staining of one half as a bright red wood really helps to make the detail in the dovetails stand out. The box itself is made from two solid pieces of wood, and there is a small circular hollow in the centre of the red half which could be used to store a small item. Most puzzlers will probably end up with at least one trick dovetail puzzle in their collection, the real beauty is finding one with a really tight fit so as not to give away its secrets.

Puzzle Master offers this box for $11.95 Canadian dollars, so it’s not an expensive puzzle at all, and that does show in its build quality. Given the price you shouldn’t be expecting a hand fitted dovetail with perfect mating between the two parts.

The fit between the two halves of the dovetail is quite loose. As such you can lift the two halves away from each other, and see the locking mechanism in one corner, keeping the box closed. Also as you can see from the close-up picture, there is rounding on the edges of the dovetail, which is a shame as it lets you see how the box opens too. 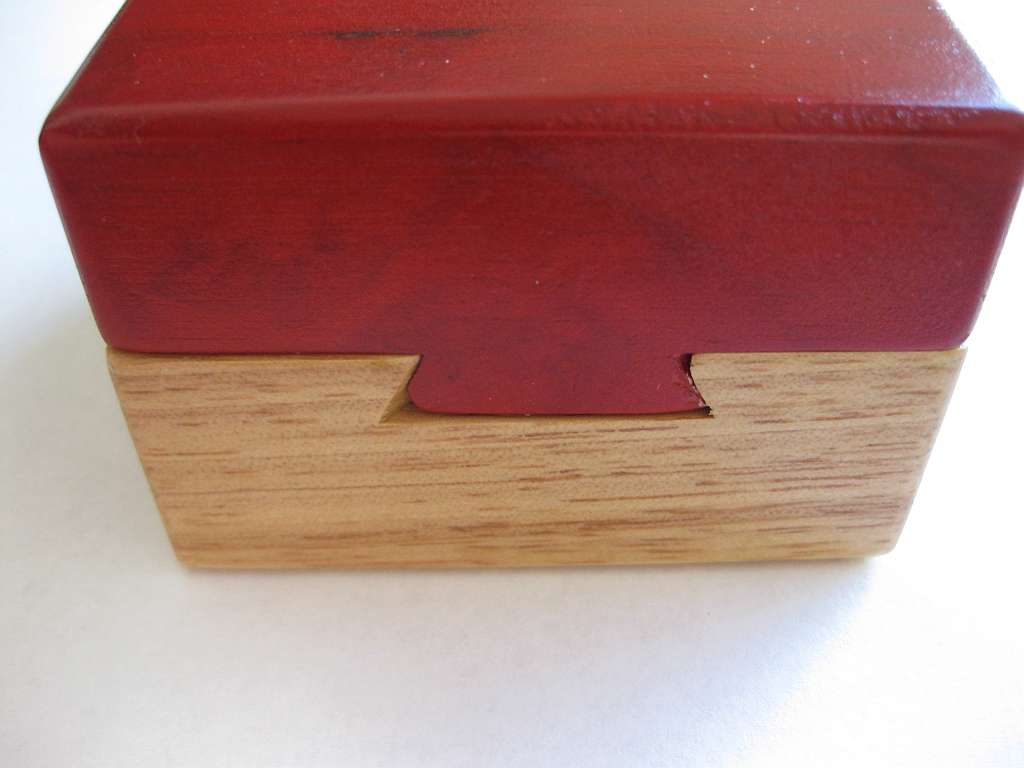 A Closeup of the dovetail joint on the Deja Vu puzzle

The locking mechanism itself uses a round ball bearing which also allows for a certain amount of play in the mechanism. One problem I found is that having handed the box to a few people to play with, they would start to slide the two halves apart, and hit the curve of the ball bearing with the slot in the box that the bearing sits in. This has started to round the outside edge of the slot the bearing moves in as the wood is much softer than the bearing. I don’t think it will get to the point where the puzzle will be able to be opened without first releasing the lock, but the amount of play will increase over time. This could easily be fixed by replacing the ball bearing with a metal cylinder which would behave the same way, but would prevent the rounding as the top of the box would not be able to lift on the ball.

The lock in the box is magnetic, and when closed, it holds the box nicely in place, To re-close it, lining up the two halves and then reversing the opening process is required. I’ve found holding the two halves in place correctly is a little challenging as they have a tendency to move as you try to re-lock the box, or at least they do the way I am holding the box. It’s a minor concern as the real challenge is opening the box not closing it.

I do like this box, and it provides a simple challenge to hand to friends, or to leave sitting on a shelf as its striking appearance will have someone itching to pick it up. It’s worth picking up a copy as there are few dovetail boxes available for the general public, and this is a nice box for the money.