Taking a trip down memory lane, I recently re-discovered, or rather remembered that I had made a puzzle a very long time ago for a Magic show I was performing. Yes, way back in my dim and distant past, I was a magician, and I performed to varying sized audiences. Moving on … 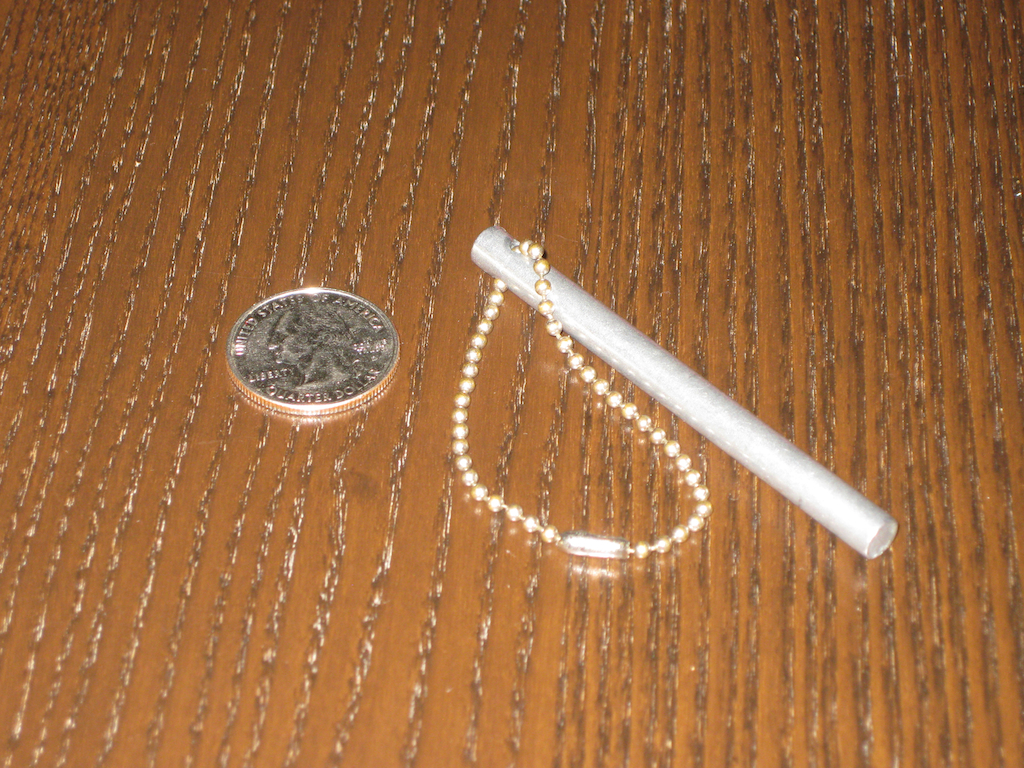 The Holetite or Buttonhole Puzzle

Anyway, when I was working on new tricks for an upcoming show, I came across this puzzle in a book of magic tricks, and decided to create my own copy for use in the show. The book showed a wooden stick with a leather string. My version as you can see was slightly different.

The puzzle was created by American puzzle inventor Sam Loyd, and there is an interesting story behind it. I’ll not repeat it here, as it can be found easily enough on the web, or in Jerry Slocum’s book “New Book of Puzzles”.

I used it in a very similar way to that described in Slocum’s book, by attaching it to an unsuspecting audience member, and challenging them to remove it without breaking the chain. Throughout the show I would comment to the poor audience member that he or she still hadn’t removed the item. Toward the end of my show I returned, and kindly removed the item as quickly as I’d placed it on them, normally to a laugh and applause from the audience. (Yes I was young when doing this, so a child getting one up on an adult is normally amusing.)

This is a simple enough puzzle to create, and almost anything can be used to create it, from an ice cream stick to a pencil or any rod, then a piece of string just slightly shorter than the stick it is attached to. Go ahead and make one yourself, and have fun. It’s a great first puzzle to create, and will leave you laughing as you pin it on unsuspecting victims!

As a word of warning, creating if from something breakable like a pencil may see the puzzle returned to you in pieces (or with the pencil sharpened, and as a result shorter). Just as well they’re cheap and easy to make.