The Aluminium Cylinder is another intriguing puzzle from Wil Strijbos in the Netherlands. Wil has been making metal puzzles for quite some time now, and the quality of his work is excellent. Have a look at my review of Wil’s first ever puzzle design The Aluminium Cross, to see where it all started. 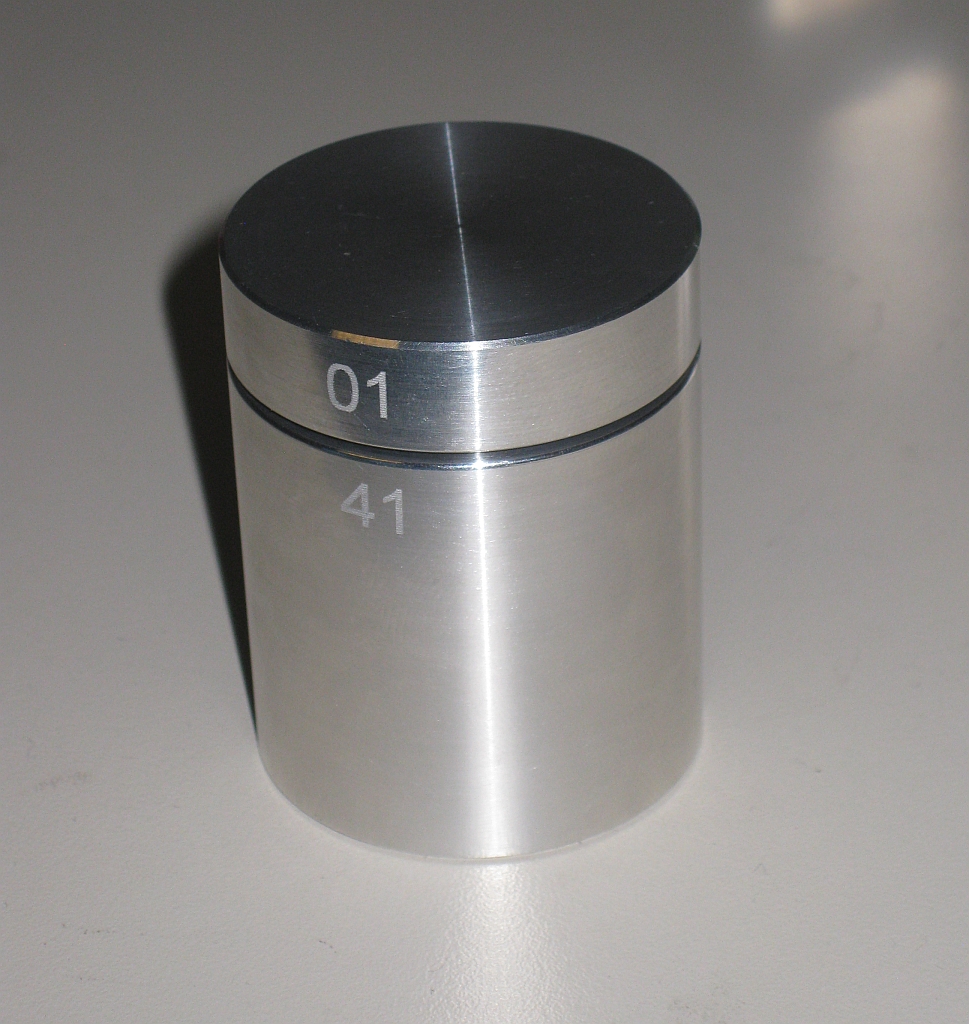 The object of the puzzle is to remove the lid from the cylinder. The lid will spin 360 degrees in either direction, can be depressed a new millimetres, and the puzzle rattles when you shake it. Other than this, there is a small hole in the bottom of the puzzle which allows you to see into the middle of the puzzle. This hole isn’t much use, but does allow you to see a feature at the far end of the hole which must be useful. Finally, laser engraved into the side of the puzzle are two numbers. These relate to the particular run of the puzzle, and the puzzle number within that run. They may also be useful in solving the puzzle, but I couldn’t comment on that 😉

When I started playing with this, I didn’t seem to make a lot of progress. The puzzle will go silent as you move it around in your hands, then you hear things rattle when you press the lid down. None of this seems to do much other than confuse. After a while I managed to do something useful, and a ball bearing appeared in the hole in the middle of the puzzle. I confess that at this point, I had no idea what I’d done, or how to replicate it. Turning the puzzle upside down and looking in the hole, I watched the ball bearing disappear into the feature at the top of the hole, and it was gone again.

Much puzzling later, I managed to get the ball back out, and again had no idea how I’d done this. I looked at the puzzle when the ball appeared, and tried to figure out what I’d done differently. I still had no idea at this point, and repeating it seemed beyond me. So it was time to think! (c) Allard

Some time later, I finally figured out what was going on, and a few minutes later, the lid popped up with a satisfying sound. Once open the locking mechanism is fully visible, and you’ll be amazed as to just how simple it is. This is a wonderful mechanism, and my hat is off to Wil for creating this. Reversing the opening process closes the puzzle, and returns it to its starting state, ready to confound the next unsuspecting puzzler.

I can now open the puzzle in around 10 seconds, however shutting it still takes me a little longer. For some reason it’s not as simple to close as it is to open!

This is a great puzzle, and highly recommended for any puzzler. Be warned though, this may take a lot of time to solve!