There’s been quite a lot of talk on a few of the forums I frequent over the last few months about impossible objects. These are things like packs of cards inside a glass bottle, still with the clear plastic wrapper on them, solid wooden arrows through bottles, and other such seemingly impossible items.

Some time ago, I created a couple of impossible objects as I had just bought some woodworking tools, and wanted a simple project. 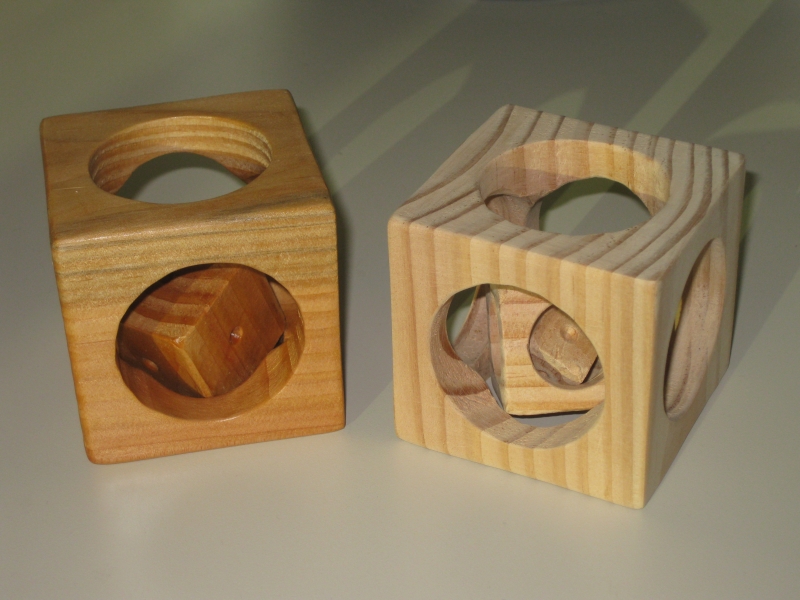 I’ll not explain how these are made, since there’s plenty of videos out there showing how it’s done, but the interesting thing about these is that the small cube trapped inside is too large to fit through the holes, making it a seemingly impossible object. The wood is the same for both of these, the only difference is that the one on the left has had a couple of coats of shellac added.

Having created the one on the left, I decided to see if I could go one further. The Cube on the right is the result of attempt number 2. The first attempt didn’t go too well as you can see below. 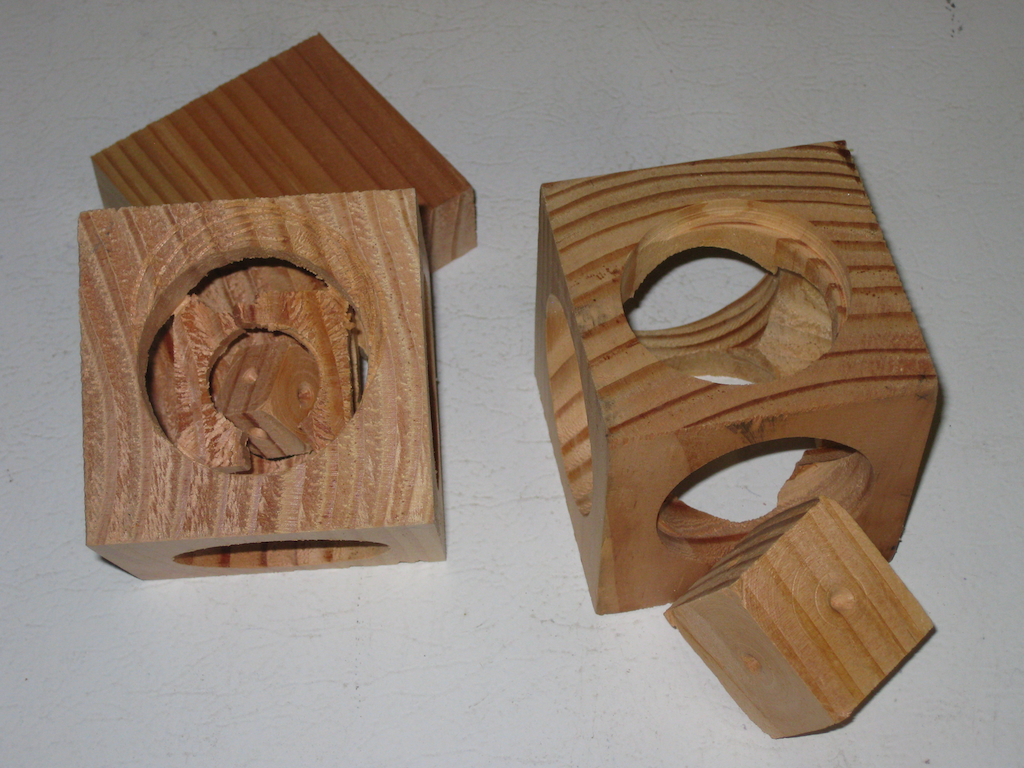 The problem with creating such an object in wood is that the end grain is much harder to cut through than the face grain is. As such, weak points appear in the outer cube, and care has to be taken when working on it. I found that by cutting through the end grain first I could minimise problems, as you have the maximum amount of wood supporting the most difficult cut, which reduces the chances of failure.

While I’m not suggesting that these are in any way masterpieces, or a wonderful showcase of my woodworking skills, they are a fun project that you can create in under an hour if you are so inclined. Hand it to and adult and they’ll try to figure out how to remove the inner cube. Hand it to a child, and they’ll roll it around like a die with no care for the internals.

The short video below shows the internal cubes rolling around inside their wooden prison.