I received my copy of “The Ball Puzzle” by the late Charles O. Perry today from PuzzleMaster. They currently have both the brass version and the perspex version for sale. Since these aren’t being made any more to the best of my knowledge, they may sell fairly quickly, so if you’re interested after reading the review I’d suggest picking one up as these will be limited in numbers. 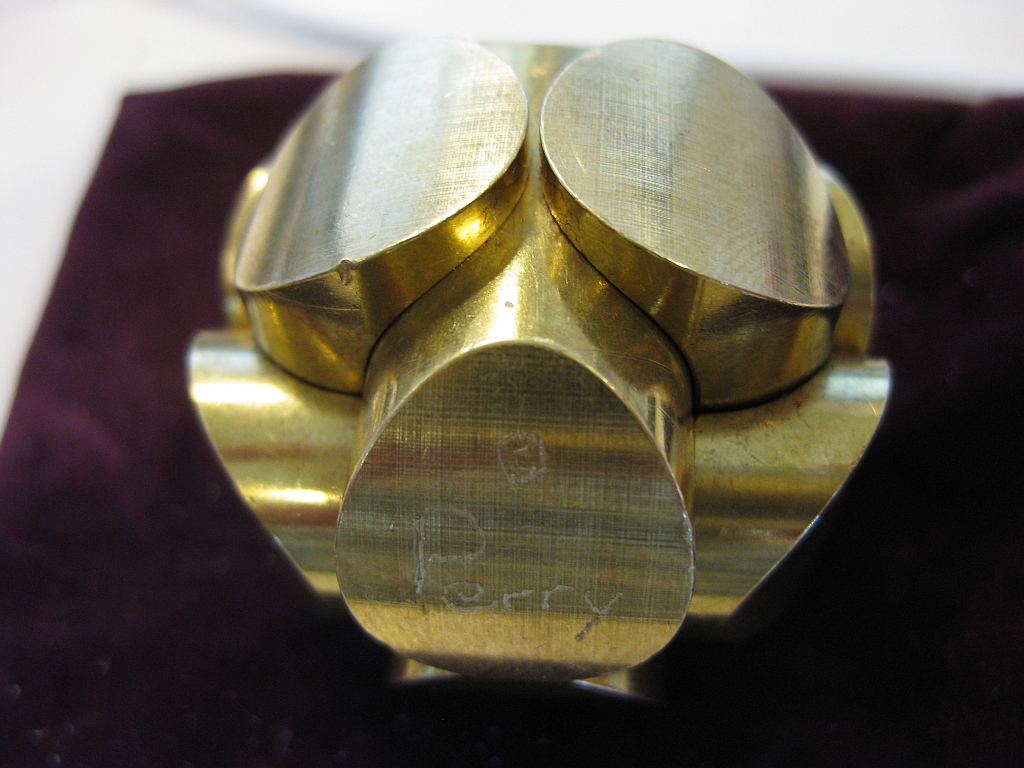 Charles is probably best known for his mathematical scupltures which can be found throughout the USA and abroad, so owning one of his sculpture based puzzles, created by him is quite special.

The first thing that struck me about this puzzle is the size. It’s a lot smaller than I thought it would be at around 1.5 inches at its widest. Even though it’s small, given that this is solid brass it’s still a heavy puzzle. Warning: Don’t drop this on your toes!

The puzzle comes with a heavy canvas bag (the puzzle is sitting on it in the photo) and is etched with Charles’ signature on the solid piece. 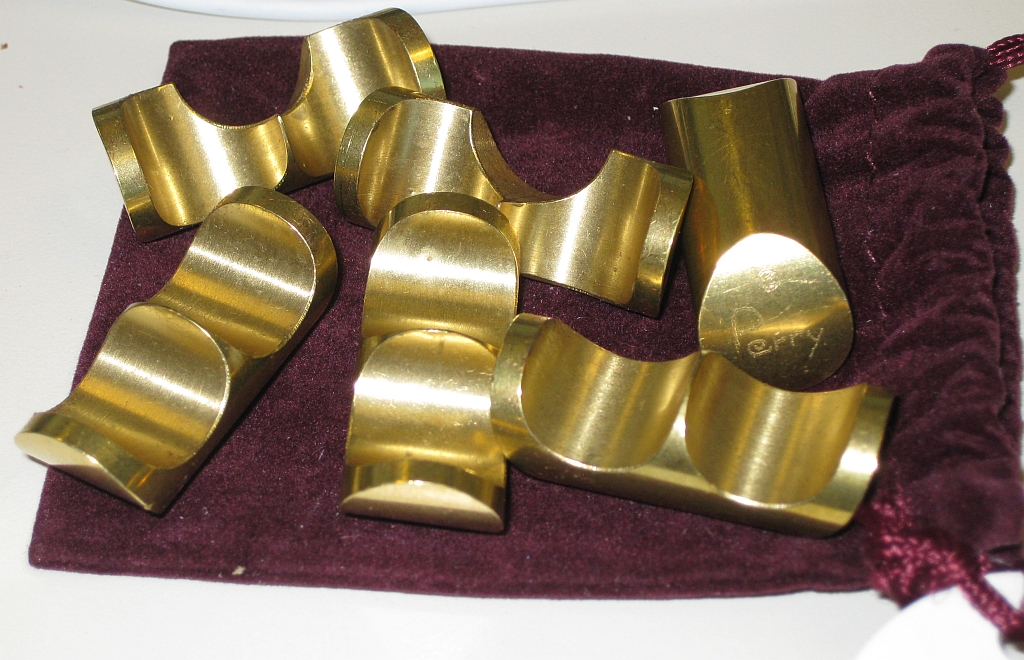 As you’ll see from the pieces, this isn’t a difficult puzzle, and it’s not going to take long either to disassemble or reassemble it. I think with this, it’s not the difficulty that’s the interest, but rather the overall shape and weight of the puzzle that appeals. The brass is well polished and as such really reflects the light so it’s going to look good on the puzzle shelf, although at such a small size, it may be easily lost amongst bigger pieces. This wouldn’t be out of place hanging on your Christmas tree.

Puzzle Master ranks this as a Level 7 (Challenging) puzzle, but if I’m honest it’s only a Level 2 at best. There’s only really one way that the pieces go together, and it’s not going to take even the newest of puzzlers long to solve it. As I mentioned though, I don’t think that’s really the charm of the piece. Edit: After handing this around at work today, I’m going to revise my original thoughts. This seems to be a little more difficult than I originally thought and it took a fair few people a good 10 mins to solve this. With that, I’ll say it’s probably a 3-4, but still not near a level 7.

One nice touch is that the solid piece has a sprung ball bearing in the centre which ‘locks’ the final piece in place, and adds just enough friction to stop it sliding out under it’s own weight. It may not seem like much, but it’s addition finishes the puzzle nicely.

If you’re looking for something a little different either to add to your collection or as a gift, then I’d recommend either the brass or perspex versions. There aren’t many people who’ll have one of these, and they are a nice talking point sitting on the coffee table.