Melting Block is a fun little packing puzzle designed by Tom O’Beirne. I was fortunate enough to get one of Tom Lensch’s special copies when he made a small run of these puzzles recently. Originally made in the 1970’s it’s great to see that this puzzle is so popular with a number of people still making it and it still being well received.

Melting Block. That Ebony block has to fit there?

The puzzle is a nine piece packing puzzle, plus the box. Some of the versions which have been made have a lid which fits on the box and may have a space for the ‘extra’ piece, however the version I have from Tom doesn’t. The puzzle measures 4.5″ x 3.25″ x 2″ and each of the pieces in my copy is made from a different wood, including the box, making this version really stand out. 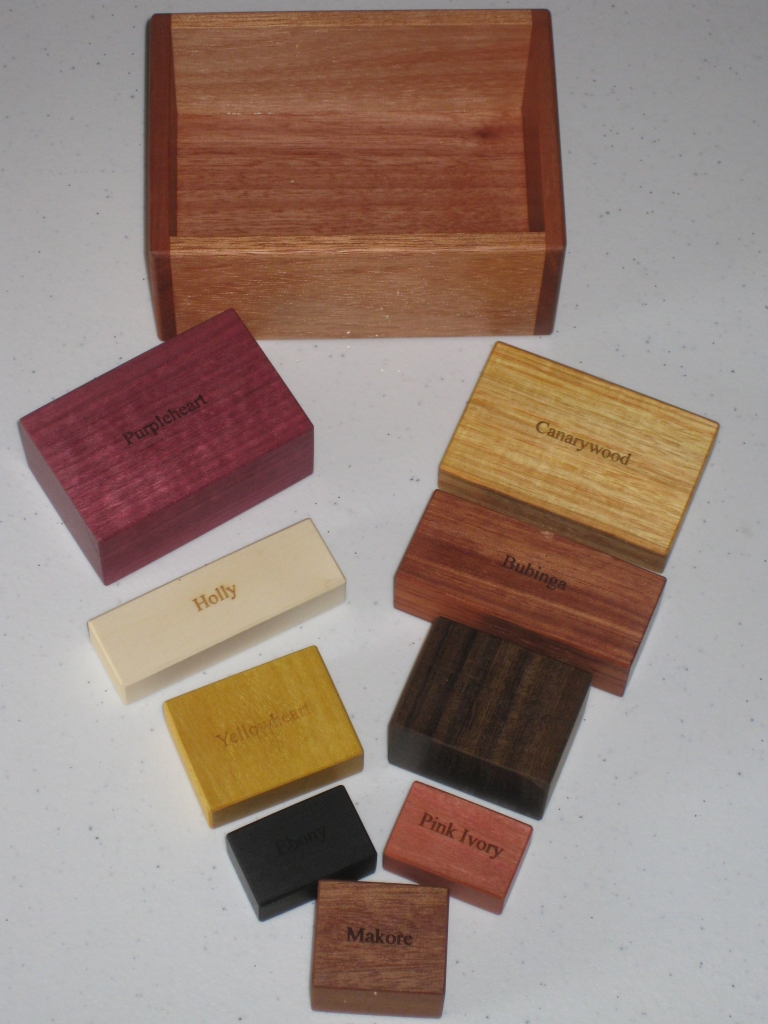 Each of the pieces is etched with the wood type

Each of the pieces has been engraved with the name of the species of wood which is a great touch (and a nice reference if you’re still getting to grips with identifying the woods). The box is made from Lyptus, and the pieces are Purpleheart, Canarywood, Holly, Bubinga, Yellowheart, Indian Rosewood, Ebony, Pink Ivory and Makore.

When the puzzle was sent to me, the first eight pieces were neatly packed in the box with one small piece wrapped separately. As you can see from the first photograph, the box is looking pretty packed even before you try to find space for that extra piece. Of course this is exactly why it’s called the melting block. 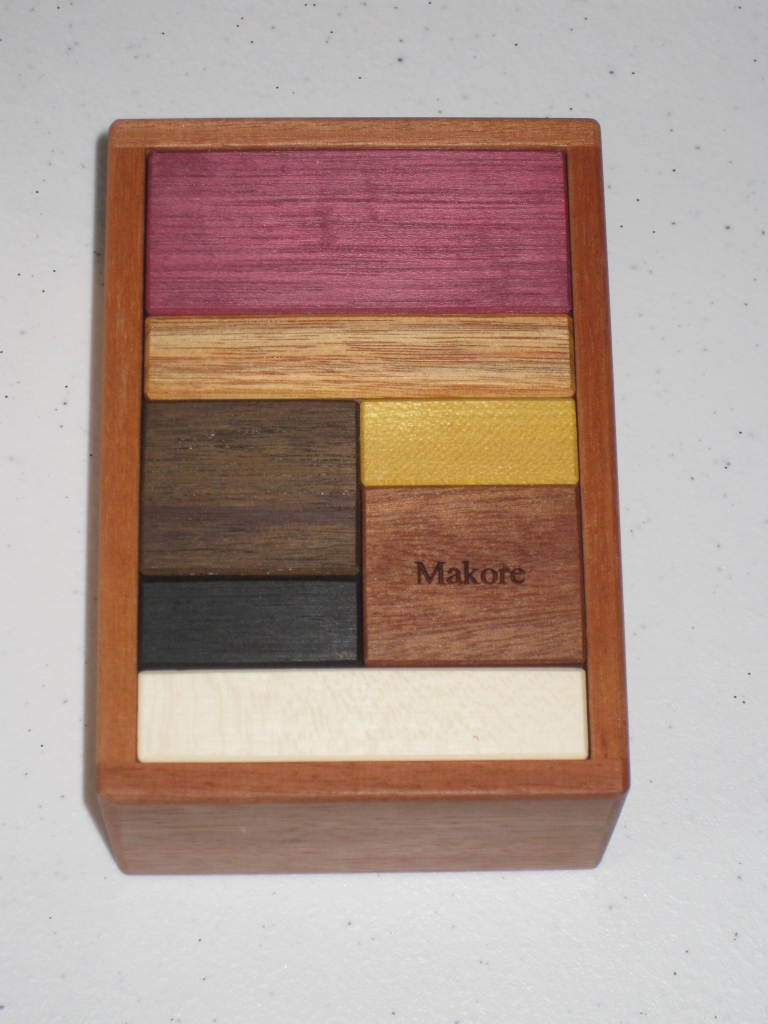 There really is space!

I spent around half an hour working on this puzzle, trying to figure out how I could re-arrange the eight blocks which were already packed into the box to make room for that ninth block. On initial attempts, I could find space for around half of that block, so I got all nine blocks into the box, with half a block sticking out. Not perfect, but it certainly gave me hope that there was more space to be found. When I found the combination that created the extra space, it really put a smile on my face, to see the ebony block slip into place perfectly.

Solving this one really needs you to use all the available space, and once the last block drops into place, you realise there really was a huge amount of free space when the blocks were first in the box, and now it’s truly full!

This is a great puzzle to pass around as it’s not going to get damaged and will really make you think. My son has had a good few attempts at solving it, but so far he’s not succeeded, however I expect he’ll solve it at some point when he comes back to it. The copy from Tom really is stunning, and the fit and finish is perfect, as you’d expect from a master woodworker like Tom.

Overall, we’ve all enjoyed this puzzle, and I highly recommend you pick up a copy for yourself. You’ll not be disappointed! If you’d like a copy, Creative Crafthouse have their version available for a very reasonable price.