I’ve written in the past about the Karakuri Cube boxes, and the small box series. This latest addition to the Cube boxes comes from Hideaki Kawashima who’s one of my favorite designers currently. He describes the box as a deluxe edition of the Cube series, and having enlarged the dimensions, adding a completely new mechanism, it’s a box I was looking forward to playing with. 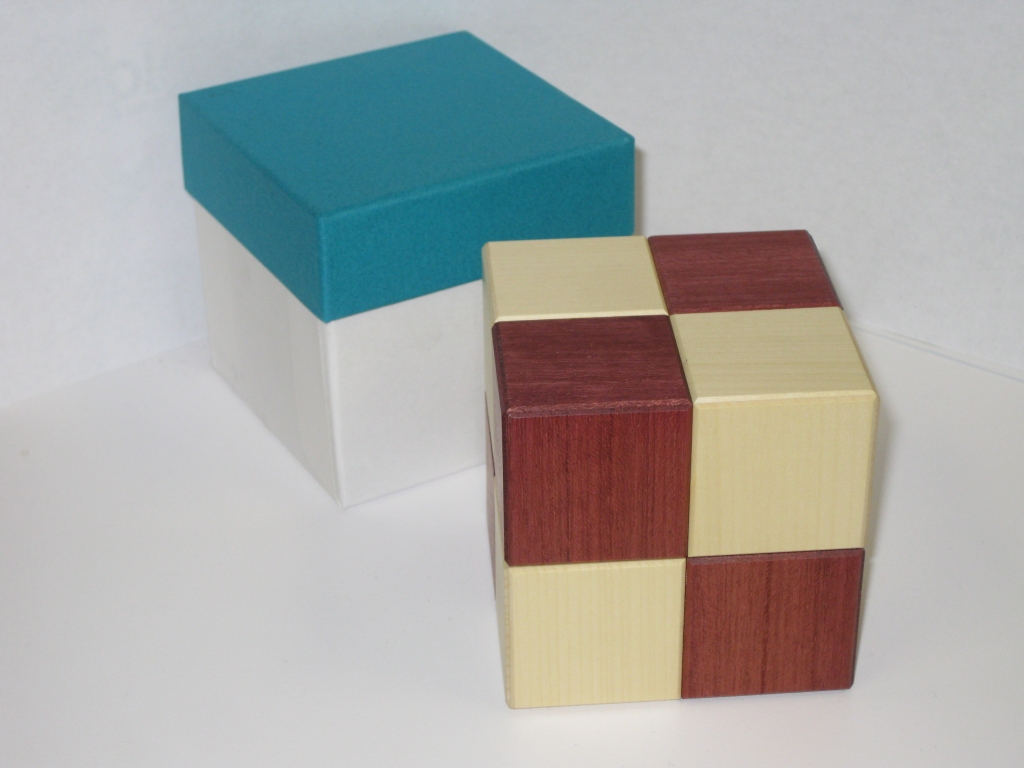 As with the rest of the Cube series, the outer design should look very familiar, however each box has it’s own opening mechanism, and for me is one of the charms. It’s interesting to see just how many different ways to design a mechanism with the same outer structure.

The box itself is made from Cherry, Purpleheart, and Cucumber Tree. Yes, apparently you can get enough wood from a cucumber to make into a puzzle. Ok, so it’s not the plant we get the green salad vegetable from, and if you want to know more, read on.

Measuring in at 2.75″ x 2.75″ x 2.75″, it is a reasonable amount larger than the other Cube boxes, but is still a good size without being too big. Interestingly, I’d have expected the Cherry to be the outer wood along with the Purpleheart, however Cherry is used for the inside mechanism, and is only visible once the box is open. The wonderful light white wood on the outside is the Cucumber Tree. I think I’ll have to keep a look out for some of this wood myself, since it’s a USA native.

As a puzzle, you’ll not be surprised to know that this isn’t overly challenging. There’s only a small number of moves to get to each of the two compartments, and while the sequence isn’t massively different for each compartment, the difference is small enough that once you’ve opened one, you’ll have no issue with the other. 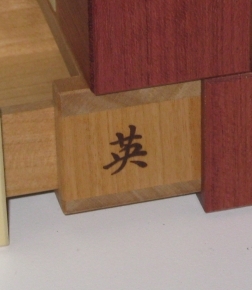 Kawashima’s mark is found on the inside of the box once opened, and it’s nice to see that the designer thought about how to arrange the two internal spaces. I’ve seen a number of boxes with this style of solution, where the second internal space is ‘upside down’ when opened, meaning anything inside would fall out, or the contents of the first space need to me removed, less you tip the contents on the floor trying to get to the second space.

Overall this is a great little box, and a good simple introduction to puzzle boxes with a sensible price tag.