Back in October last year, I came across a kickstarter project for Krusen CNC offering up some interesting new options on the Magic Billet Box that Oli Reviewed years ago. I’d been on the lookout for one of these, however any time I went to the shop, they were unavailable. This seemed like a good way to finally get one of these boxes. 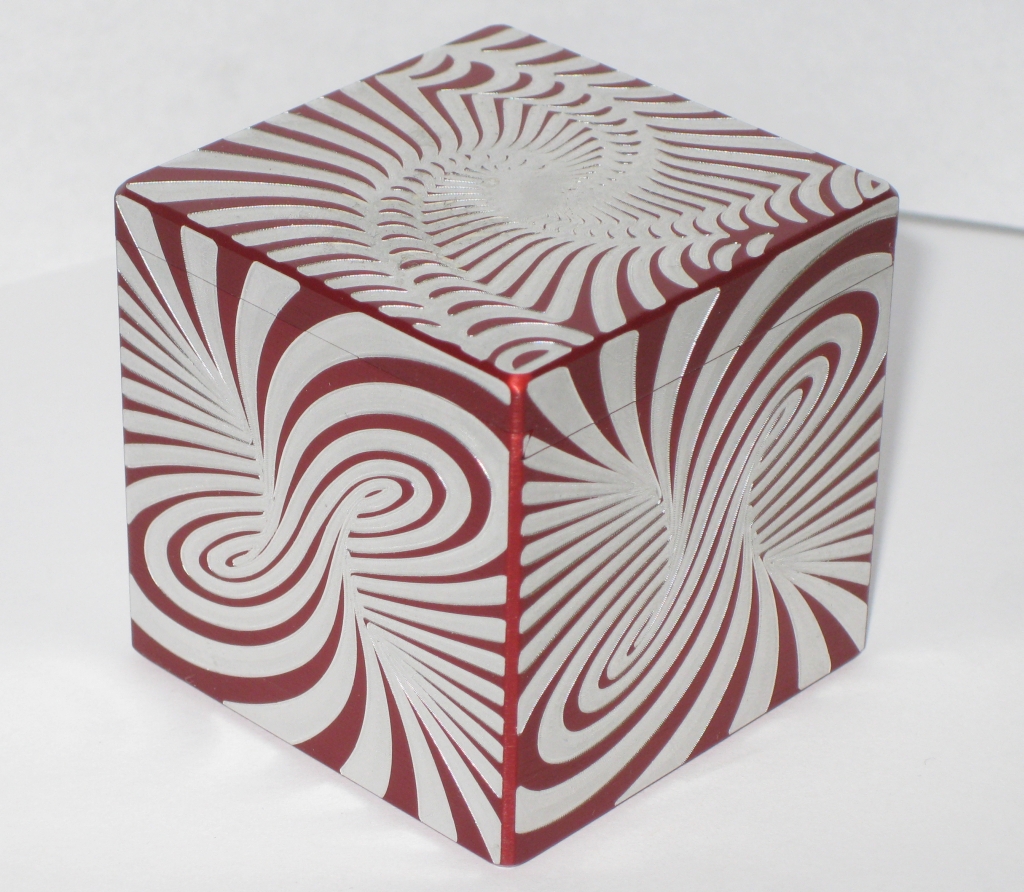 The kickstarter was offering some new options for the anodisation of the aluminium, as well as some new external patterns for the boxes. Sadly the kickstarter didn’t reach its goal and was unsuccessful. That said, an offer was made for anyone who had backed the project to get a box of their choosing at the price they had backed the campaign. Seemed like a win-win. So in November, I received the box above with the “Vortex” pattern.

At 2″ cubed, and having a fair heft to it, this is a solid little puzzle box. Being made from 7072 Aluminium, otherwise known as “Aircraft grade”, it’s a very stable metal and is great for machining. Although it’s not easy to see, there’s a perfect sliding dovetail that form the ‘lid’ of the puzzle, which thanks to a big magnet has a reassuring snap when it’s slid on or off.

Unlike Oli’s copy which is in black anodized aluminium, the sliding lid is a little easier to see on my copy. The black hides the seam making it near invisible, where the red makes it stand out a little more. It’s not an issue, and certainly doesn’t affect the puzzle, but it is worth noting.

Even the internal space in the box is a good size, having 1.75″ x 1.75″ x 1.5″ of usable space inside. Great for storing mints on my desk. And because it’s aluminium and not wood, there’s no fear of whatever you put inside it staining the box, or becoming contaminated. A truly useful puzzle box.

The Magic Billet Box but it’s not open.

Sliding the lid off doesn’t get you into the hidden space though. Wouldn’t be much of a puzzle if that was the case. Instead you’re greeted with another lid, recessed into the box, and no apparent way to take it off. The big magnet on the sliding lid may be a hint though.

In the style of box I ordered, simply placing the lid onto the box doesn’t open the inner lid, although there is a box offered where the opening mechanism is this simple. For me there’s a little extra work required. And if you try to solve this box with it sitting on the table, you’ll never open it! 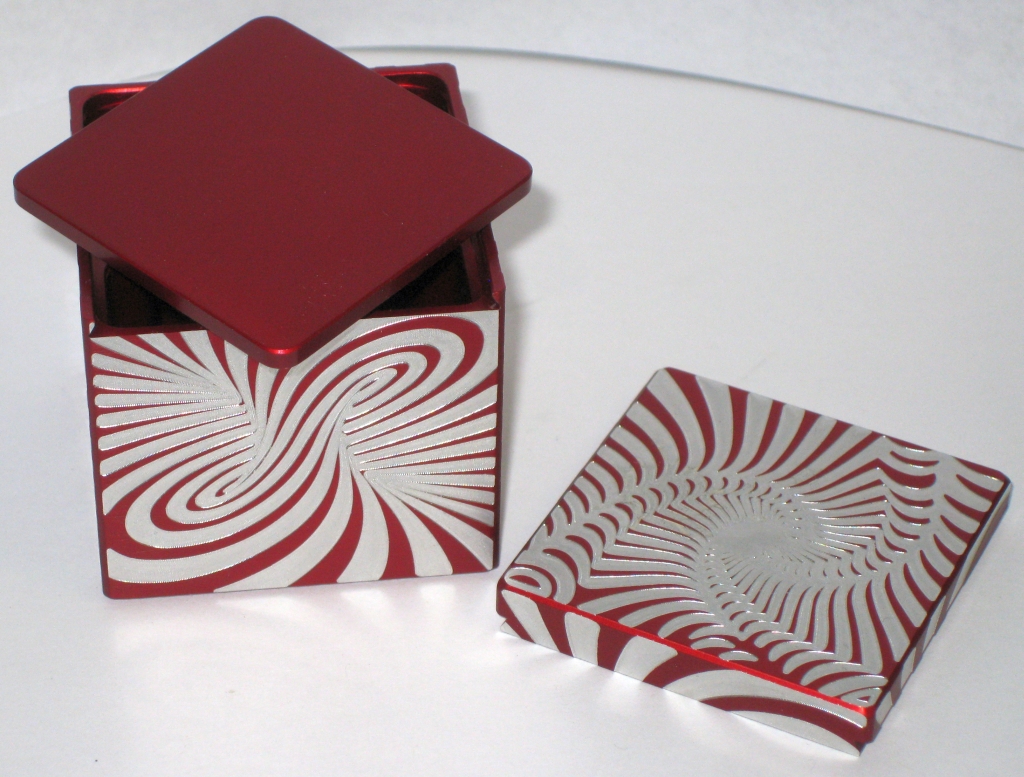 Most of you will have figured out how this works, but I’ll not give away it’s secrets. Instead, I suggest you go get one of these great little boxes. They’re well machined, and the tolerances are spot on to make this a solid box that will last many years, and take a lot of abuse.