As promised previously, here’s the second review in the Revomaze series, available from Revomaze and also in limited numbers from PuzzleMaster. 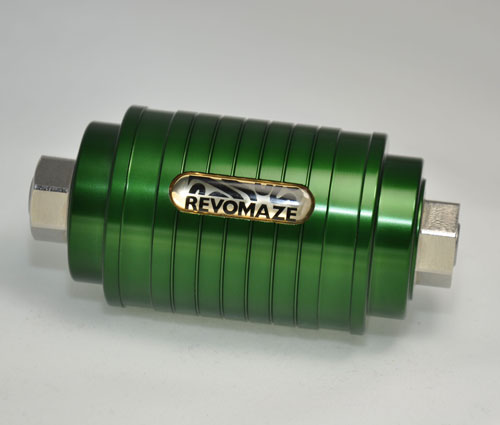 The second puzzle from Revomaze is the Green. Again, I have the extreme version which is the heavier metal version of this puzzle. Again it’s also available as a plastic Obsession version.

The Green is rated by Revomaze as having a difficulty of 60/100 (challenging) and an estimated opening time of 10 hours or just 3 hours if you’ve already opened the Blue puzzle. It is described as a static maze and really is a nice step up in the learning curve for the series. The puzzle introduces a new element not seen in the Blue puzzle, and extends the trickier sections from the Blue to be really very challenging in this puzzle. It is a nice step up from the original puzzle, and took me around 5 hours to open. Mapping the maze in this puzzle definitely helps in the trickier sections. If you were to try to solve this as your first puzzle in the series, it’s definitely harder, but not impossible. That reset line is ever present in this puzzle and there are many more blind turns to throw you off the correct path.