As I mentioned previously, I was lucky enough to be able to pick up a copy of this re-run of Wil Strijbos’ first ever puzzle design, the Aluminium Cross. John Devost over at Puzzle Paradise had been in touch with Wil to get a few for the US collectors, and I bought mine through John. Wil Strijbos is a fairly well known puzzle designer, creator and collector from the Netherlands. He has a huge collection of puzzles, and has been designing puzzles himself for quite some time.

Wil has a number of glass bottle puzzles (which Oli has reviewed here and Allard over here) and nut/bolt puzzles he designs and makes, but perhaps his most notable works are his aluminium puzzles. Just by looking at these puzzles, it’s easy to see why, they really do look good, they’re well finished and are just a little different to many other puzzles on the market today. You can read Allard’s review of Wil’s Aluminium puzzles over on his blog and Kevin’s over on PuzzleMad. Since Wil makes these by hand, there’s never a huge number of puzzles available, however he does take requests, and has a catalogue of other puzzles for you to buy while waiting on one of his puzzles. 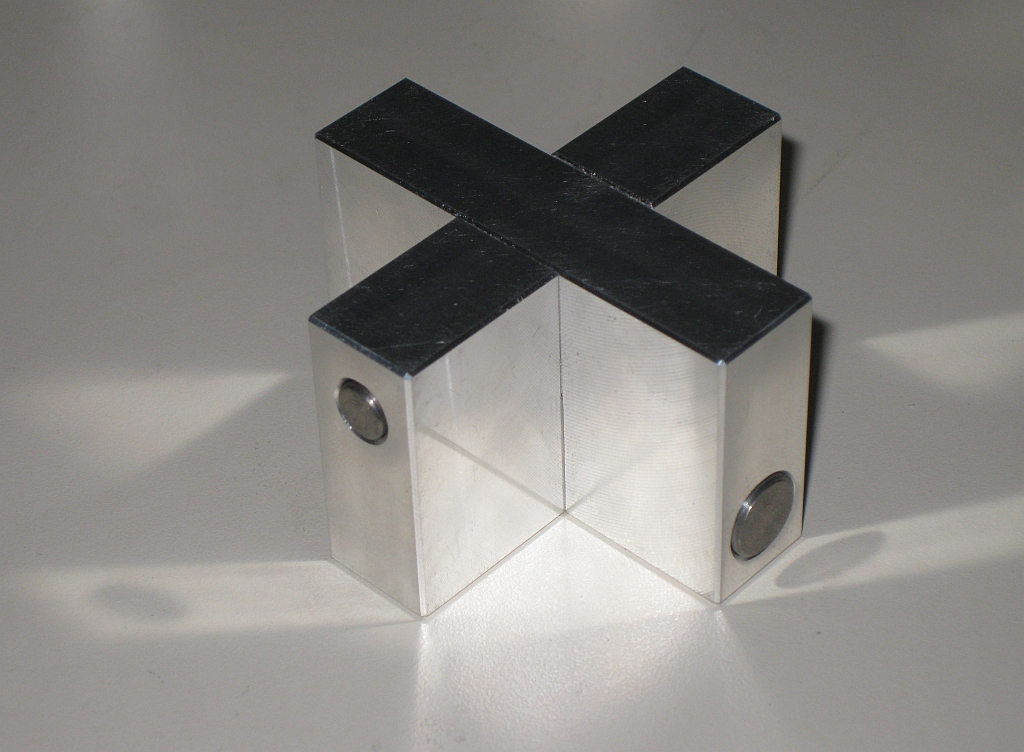 The Aluminium Cross was created back in 1980, when Wil was invited to meet Mr James Dalgety from Pentangle Puzzles after writing to Pentangle about their puzzles. He felt that with such an invite he should create something to take with him. Back in 1980 he made only a few samples of the puzzle, and it has taken 32 years for him to make it available on a larger scale. Looking at the puzzle, it doesn’t look very challenging. There are two bars of aluminium and two rods going through them, so it shouldn’t be too difficult to take apart? It’s at this point it’s worth noting that when Wil announced the availability of this puzzle again, he showed pictures of the puzzle open and closed. That’s right … he shows the puzzle open. Anyone who is able to show you their puzzle solved, and it still be a challenge to take it apart has a good puzzle on their hands. For that reason I don’t hesitate to do the same in this review and show you the same as Wil did. 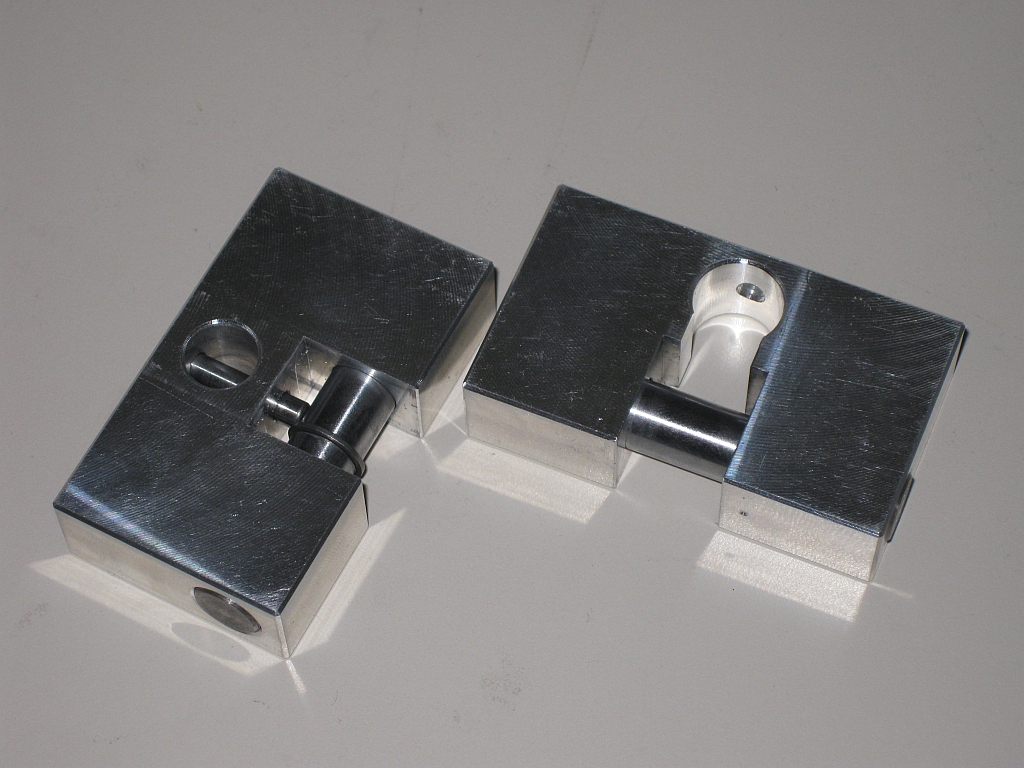 Even having seen the puzzle already apart, I can confirm that there are no clues there. If anything all it does is serve to intrigue and confuse. I know having seen the images from Wil himself it just made me want one even more.

When I received the puzzle, my parents were over from Scotland on Vacation, and my Dad who is also a puzzler was quite interested as well. At first, everything is locked solid and none of the pieces will slide. Over dinner, I sat and played as we talked and gradually by twisting and turning the puzzle, first one bar moved, then after more work I could remove it. Yet more work was required to finally take the two parts of the cross apart and see how the puzzle was constructed. I will admit that I wasn’t paying as much attention as I normally do when solving a puzzle given that I was enjoying dinner with my family.

To my surprise I had taken the puzzle apart in under 15 minutes. And that is where the fun started. I had to put the puzzle back to the start, so my Dad could open it. I then spent the next 40 minutes trying to work out how I had taken it apart to be able to put it back to the starting position, and ended up having to take it apart again several times to see how each of the elements interacted. My input to the dinner conversation was significantly less than it had been while I was opening the puzzle, and there were a few grunts as the puzzle eluded my attempts to reassemble it. This puzzle is just as challenging to restore to its original state as it is to take apart.

In all there are six elements to the puzzle which need to be understood to solve it. It’s a great puzzle, and as a first design it makes my efforts seem fairly meagre. Having handed the puzzle to my Dad, he opened it fairly quickly, but ended up handing it back to me to put back together. I’ve given it to a few other friends and they have all enjoyed playing with it and agree that it’s a great puzzle.

The first run of the Aluminium Cross sold out very quickly, but I know Wil has batch two ready and I have no doubt that if they continue to sell well he’ll make more.

I’ll be reviewing Wil’s other aluminium puzzles soon, so stay tuned for more from Wil Strijbos. If you’d like to purchase any of Wil’s puzzles, or find out what other puzzles he has in stock, feel free to get in touch, and I’ll send you Wil’s details. He currently doesn’t have a website, but does maintain a mailing list with lots of info.