Eric Fuller recently started producing a series of Cigar Puzzle boxes, in honor of his local cigar bar Havana Deluxe. I have been lucky enough to get my hands on the first two puzzles in the series, the ‘Chris’, named after the doorman, and the ‘Heather’ named after one of the part-timers behind the bar. 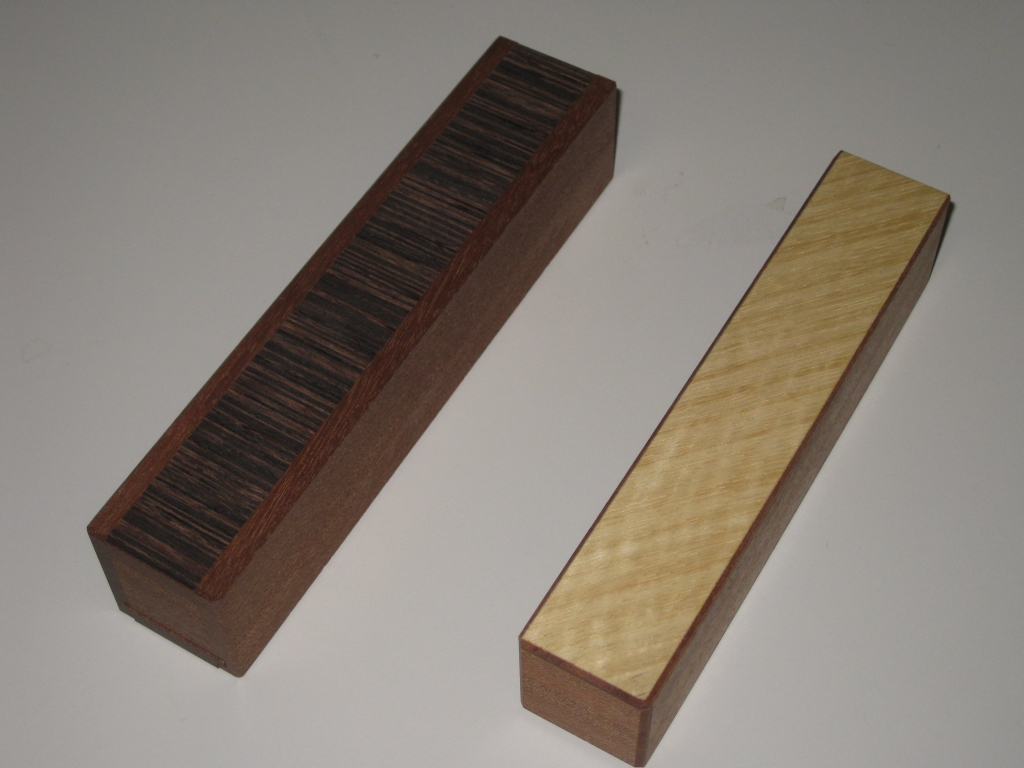 Chris on the left, and Heather on the right

As you can see both boxes look stunning, and as other people who have these have commented, the photo’s don’t really do the boxes justice. I’ve tried to get as close to the actual colour of the box as possible with the photographs, but I still think the actual box is better looking. (Sorry) 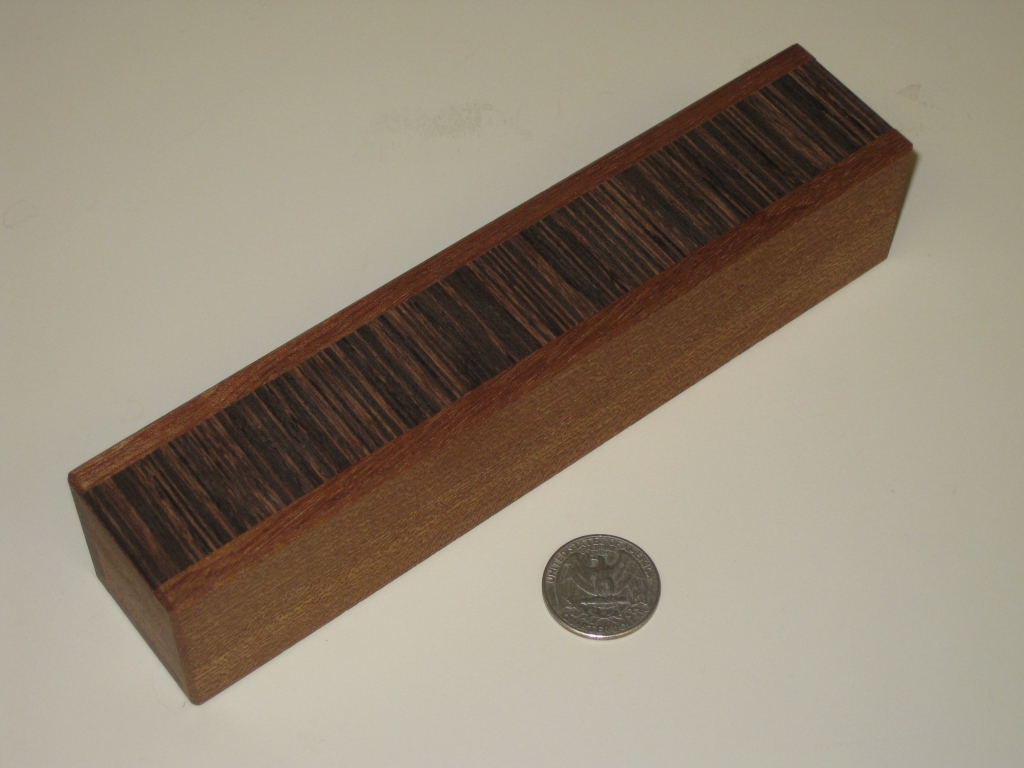 Eric has this to say about Chris:

“One of my favorite activities is to have a big, stinky cigar after a long day in the shop…generally enjoyed at my local cigar bar, Havana Deluxe. I’ve been wanting to make a puzzle box that will hold a cigar for some time now. A while back I was talking to the owner about it and we decided that I would make not just one cigar box, but a series of them! Each box will named after one of the people working there. And thus was born the Havana’s Puzzle Box series. This is the first box in the series…Havana’s Box #1 – “The Chris”…named after the doorman.

The designs will start off fairly easy in difficulty, and get harder over the course of the series. This first box is therefore not super complicated, but it does have a nice “twist” to it as well as a sophisticated and compact locking mechanism concealed inside. The entire lockworks are contained in the endblocks, measuring 1″x1″x.45 inch. This makes the box nice and compact.”

Chris is crafted from Quatersawn Sapele, and if you know anything about wood, it is most stable dimensionally when cut quartersawn. The top and bottom use cross grain Wenge veneer (have a look at my recent table project to see the face grain) to really make the box pop. The stunning contrast in the striped grain is really beautiful and Eric has used it to full effect in this box.

Don’t be put off by this being veneer rather than solid wood. To have tried to create the top and bottom from crossgrain Wenge there would have been no strength to the box, and it would have snapped as soon as you looked at it, so this was a great choice.

The box measures 7.25″ x 1.5″ x 1.5″ so holds the cigar comfortably, and in fact has a fair bit of spare space inside to hold a larger specimen. Only 40 were made and each is signed and dated as is Eric’s usual custom.

Having waffled for long enough about the wood, and the reason behind the box, what is it like as a puzzle I hear you shout… Well, I really like it. At first, nothing seems to move much and as you turn it around in your hands, you’ll find a small amount of movement, but not enough to be apparently useful. 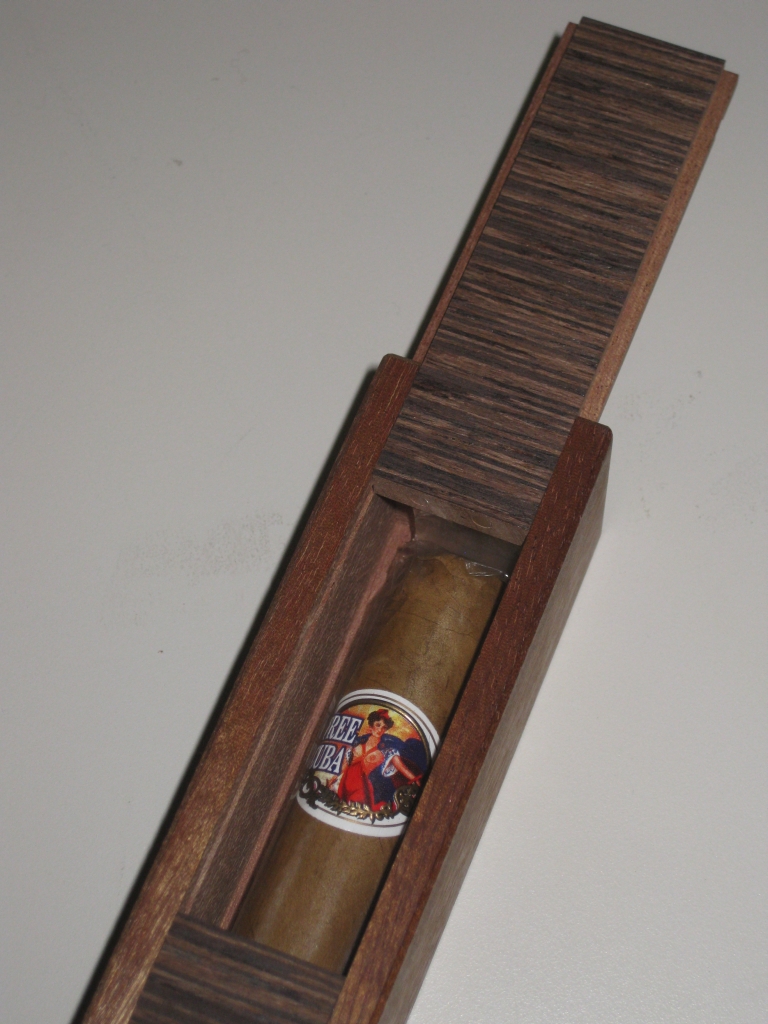 A glimpse, but not enough to remove the prize

With some more fiddling, the box starts to tease you with a glimpse of the cigar contained within, but you’re not getting it out without snapping it, so more work is required. Before too much longer you should be able to fully open the box, and remove the cigar undamaged. 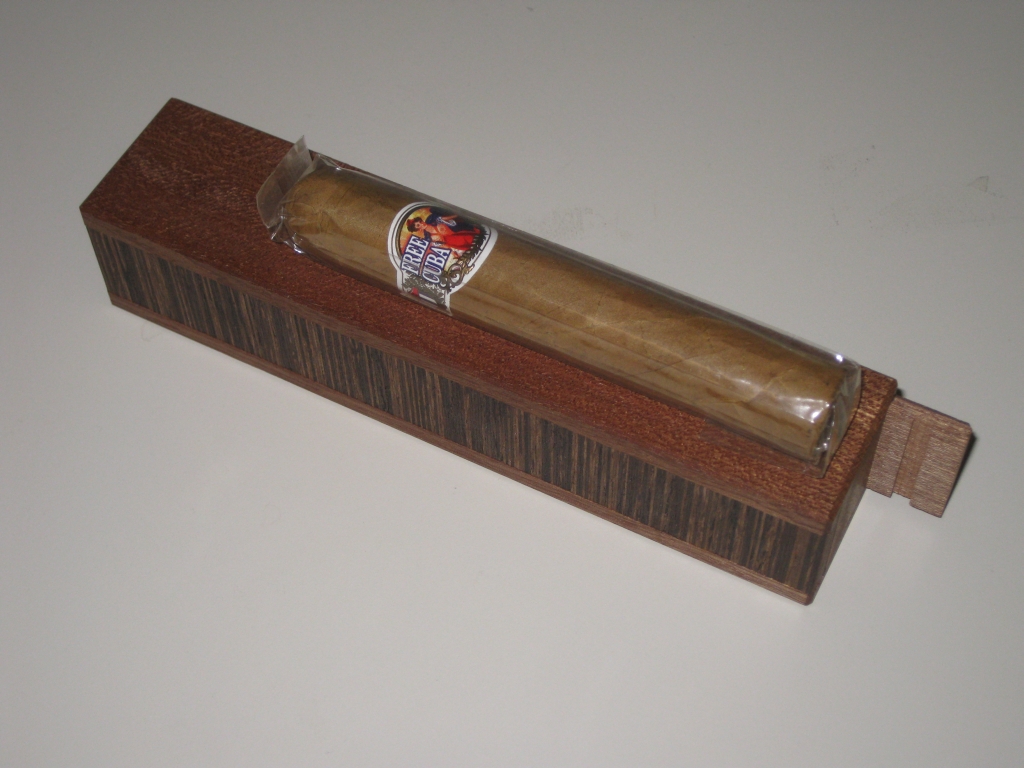 As the first in the series, Chris isn’t too difficult to open as Eric himself commented, and is really here to give a feel for what’s coming. I took around 10 minutes to open the box for the first time, but now that I understand the mechanism, I can open it in a few seconds. I love the mechanism, and even though it’s entirely hidden from view once the box is open, you should be able to figure out what’s going on inside those end panels. This is a great start to the series!

Have a look at what the rest of my puzzle friends are saying about Chris… Allard, Brian and Rox’s thoughts. 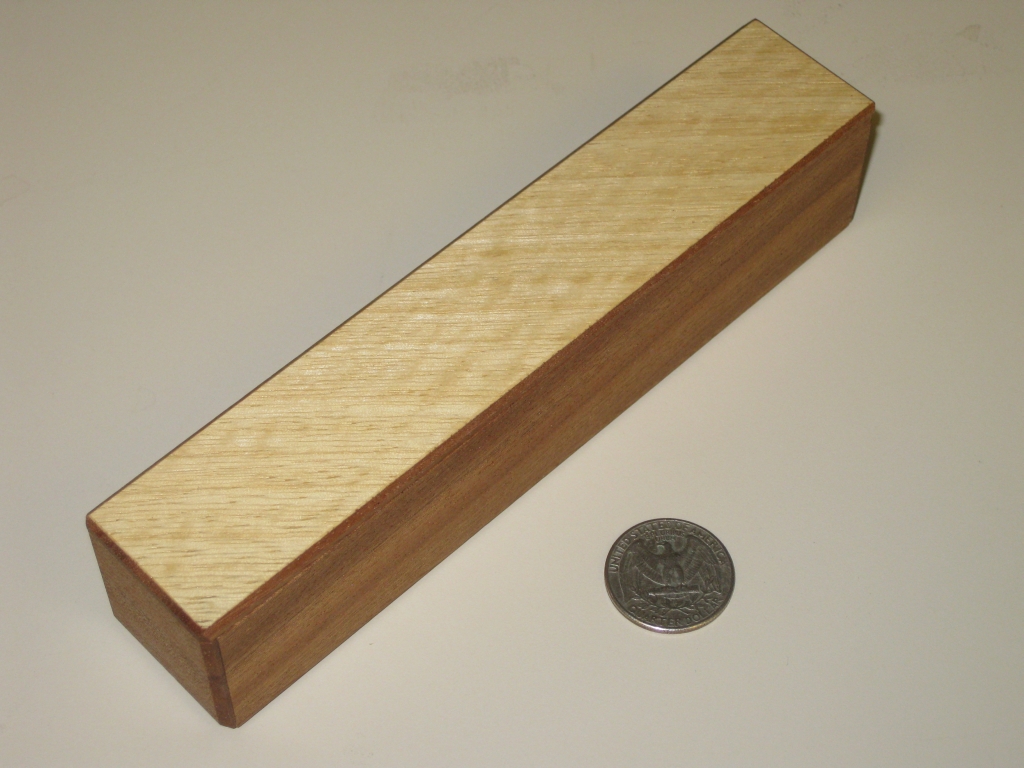 Eric has this to say about Heather:

“The second in the Havanas Box series is named the “Heather”, after the one of the friendly part-timers behind the bar. It’s a step up in difficulty from the first box…easy enough to get started but then a few moves in you hit a wall. The solution is fairly unique and I think it will be a lot of fun to discover. Tough to say much more about it without giving a lot away…all I can say is pay attention and the solution will match your observations.”

This time, there were two options offered. The one I have is made from Quartersawn Sapele and has a Quilted Primavera veneer to the top. The quilting which looks like waves in the wood is easiest to see in the first picture in this post. The other option was with a Bleached Lacewood veneer on the top, however those sold out very quickly. There are still two of the Primavera boxes left if you’re quick on Cubic Dissection (and I’d highly recommend these so don’t miss out!). 45 were made in total, and they’re all signed and dated.

Measuring 6.5″ x 1.3″ x 1.5″, Heather is more petite than the doorman Chris (which is probably a good thing), and is certainly a more snug fit for the cigar contained within than Chris was.

As Eric mentioned, fairly quick progress is made for at least the first few moves, then you seem to end up stuck with only the tip of the cigar visible, and the handy matches that Eric has put in the box for you to light your cigar if you manage to get it out! 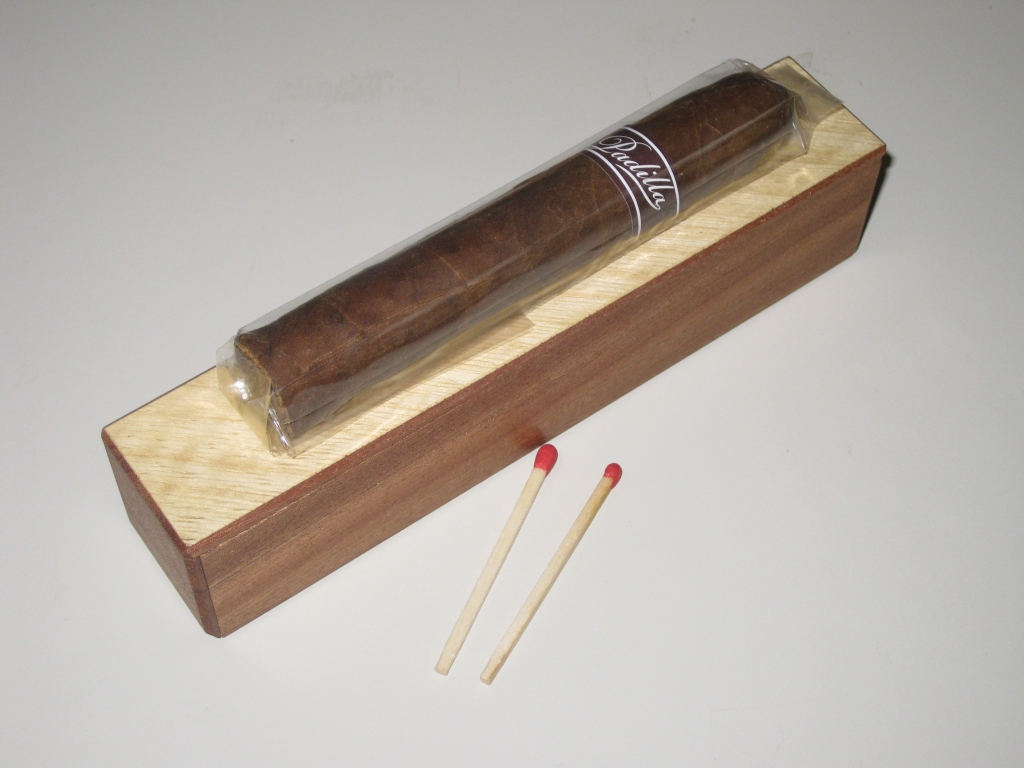 The mechanism is certainly unique, and Eric has disguised the next steps beautifully. I’ll not say anything more about how to proceed as I really don’t want to give anything away, but I really like what Eric has done with the puzzle, and think it’s a fun progression from Chris. You’ll certainly need to look closely, and think about what you could possibly do to successfully open this box!

Just to give a quick comparison between the boxes, here’s a couple of shots showing the difference in sizes between them. 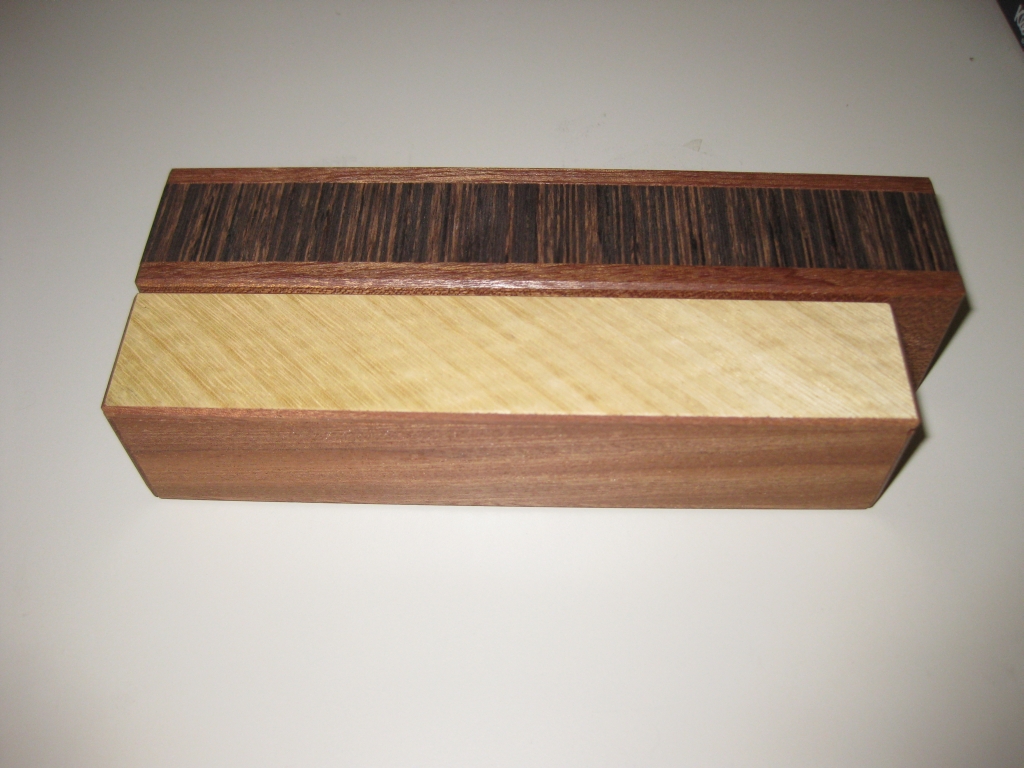 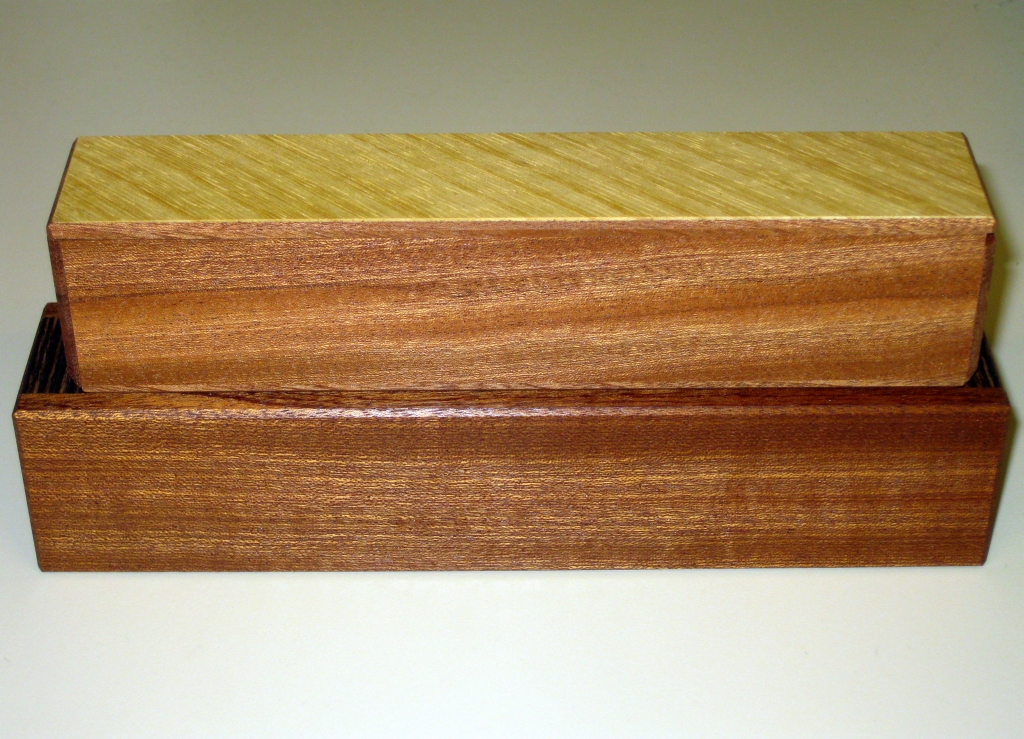 These are great puzzles, and I’m looking forward to the rest of the puzzles in the series. Keep up the great work Eric, can’t wait to see what you do next.